Real Men are the future 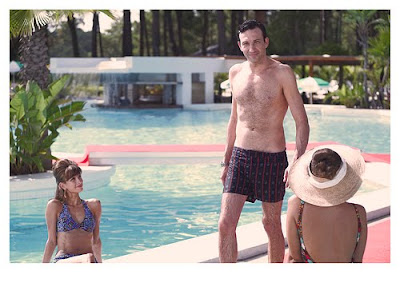 Real Men are the future

Back in the olden days - it was easy to separate the men from the boys.
The 'Real Men' (RM) were those Vikings who between their quota of raping and pillaging were to be found crowded around a table playing 'Hnefatafl' working on their slaughtering tactics whilst off their drinking mead.

History is littered with the tales of men who took to the field of combat for kicks and honour, who completed jousting tournaments, fought to the death as gladiators or took up the more modern alternatives of say football, motor racing or boxing. Just conjuring the names of gaming / sporting renown is akin to evoking a channel of pure testosterone: Pele - for football, Tiger Woods - Golf (and indeed any sort of birdies), Michael Jordan - Basketball, Michael Schumacher - FI, Jacques D'Azur - Tennis, Muhammad Ali - Boxing, Dolph GB - God of War III. These are the names of real men.

As Real Men continue to evolve and refine themselves so that they are not just legends on the field of sporting / gaming combat, many have managed to reach jet-setting 'Lothario' status - and their achievements are being immortalized on the big screen by faces like Willis, Clooney and Pitt. These days you are more likely to see more Real Men on the red carpet of Cannes than in any government office - as demonstrated by Jacques' red-carpet entrance one year where he claimed a new record for entrepreneurial autograph-signing, topping 10,000 in one night- quite the heart-throb!

Technology is allowing Real Men to stamp their authority world wide through the new gaming choice of champions - The PS3. Be it online death-matching in Modern Warfare 2 or taking on the very gods themselves in God of War 3, that Real Men are gamers is beyond dispute - it is in the blood of brave souls to compete, it marks them out from the Quiche Eaters of the world.
Posted by Matt Adcock at 7:39 am

nice review..another movie to look forward to..i like the whole blog by the way coz it's all about movies..