Yes - LOVEFiLM becomes an official PS3 integrated subscription film service partner which means that LOVEFiLM subscribers will be able to stream the UK’s largest choice of subscription titles directly to their TVs, through their PS3s and open a new world of interactivity with LOVEFiLM. 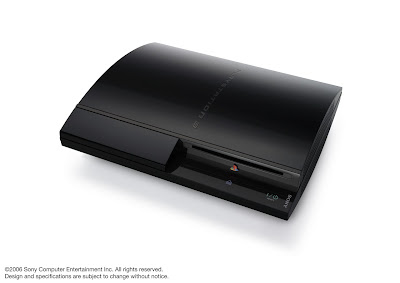 "Your perfect film delivery box... also plays the best games around!"
The partnership will soon take LOVEFiLM, currently with 1.4 million subscribers and approximately a million billion movies, into PS3’s three million-and-growing UK households. It is the most significant extension to date of LOVEFiLM’s direct-to-TV rollout which began in March when LOVEFiLM launched on SONY BRAVIA Internet Video TVs, Blu-ray players and Blu-ray Home Theatre kits.

“This is game-changing for LOVEFiLM and transformational for the UK home entertainment market as a whole. PS3 already has a very large installed customer base of all ages, all of whom will soon be able to benefit from our unique combination of instantly available content, streamed through their PS3, as well as DVD, Blu-ray & Games rental by post. To become PS3’s partner for our service is a tremendous endorsement of the value, choice and convenience offered by LOVEFiLM.”

"Coming to a PS3 near you soon - films like Twelve which sees the lovely young Jessica (Emily Meade) hooked on designer drug 'Twelve'... don't do drugs kids!"
The LOVEFiLM service will become available on the XMB (Xross Media Bar) on all internet-connected PS3s, providing most members of LOVEFiLM on subscription packages access to thousands of titles from major studios and independents, streamed instantly to their TV via their PS3, in addition to the rental by post services. Members will be able to scroll through titles on the page, also search through categories including ‘Pick of the Week’, ‘Most Watched’ and ‘Highest Rated’, view ratings and search through the LOVEFiLM instant offering by title, actor and genre. LOVEFiLM will offer any PS3 users who are not already LOVEFiLM subscribers, exclusive incentives to join the service, including free trials.

“We know there is a huge interest within our audience for film, and so the addition of LOVEFiLM to our current range of services is a very natural fit and one which significantly enhances the value proposition of PlayStation 3,” said Ray Maguire, MD of Sony Computer Entertainment UK. “LOVEFiLM has a proven track record of success and innovation in the film distribution field and is a very welcome addition to the PlayStation family that I’m confident PlayStation gamers will embrace enthusiastically.”

• In a little over 6 years, LOVEFiLM has become a leading European film subscription service, combining the benefits of DVD rental by post and, more recently, watching movies online via the LOVEFiLM Player (on the PC or streamed to the TV). Customers can therefore choose how they want to watch from a selection of over 67,000 titles, including HD/Blu-ray DVDs, video games and digital streaming.


• LOVEFiLM has over 1.4 million members and operates in the UK, Sweden, Norway, Denmark and Germany


• LOVEFiLM customers have generated 80 million ratings, 843,000 member reviews and generate around 2 million trailer views per month – information which helps LOVEFiLM to promote the most relevant titles for customers to choose from


• LOVEFiLM UK awards include: British Video Association's award for the UK's Best Rental Service in 2005, 2006, 2007 and 2008, won the fast-growing media company Media Momentum award in 2005, 2007 and 2008, UK technology – Innovation & Growth award for Mediatech Impact of the Year 2008, Home Entertainment Week awards for Rentailer of the Year 2007 and 2008, the 2008 Fast Growth Business Award for Retail/Leisure business of the Year, featured in The Sunday Times top 100 fastest growing private technology companies in 2010, 2009, 2008, and 2007, awarded 3rd place in The Sunday Times top 100 private equity-backed companies with the fastest-growing profits in 2010, a finalist in the National Customer Service Awards 2008, finalist in the Retail Week awards 2009, awarded 5th place in the Deloitte Fast 50 UK 2009, awarded 22nd place in the Deloitte Fast 500 EMEA fastest growing public and private technology companies and named Company Of The Year at the Growing Business Awards 2009


About Sony Computer Entertainment Europe Ltd
Sony Computer Entertainment Europe (SCEE), based in London, is responsible for the distribution, marketing and sales of PlayStation®3, PlayStation®2, PSP™ (PlayStation®Portable) and PlayStation®Network software and hardware in 99 territories across Europe, the Middle East, Africa and Oceania. SCEE also develops, publishes, markets and distributes entertainment software for these formats, and manages the third party licensing programs for the formats in these territories. Since the launch of PlayStation 3 in November 2006, over 38 million units have been sold globally and continue to be sold at a record level. Maintaining its position as one of the most successful consumer electronic products in history, PlayStation 2 has sold over 146.1 million systems worldwide. Since its launch at the end of 2004, over 62.7 million PSPs have been sold globally, highlighting the importance of the portable entertainment market. With the huge increase in interest and accessibility of network applications and network gaming, over 54 million accounts have registered to PlayStation Network, the free-to-access interactive environment, and over 1.1 billion items have been downloaded.


More information about PlayStation products can be found at www.playstation.com .
PlayStation, the PlayStation logo are registered trademarks of Sony Computer Entertainment Inc. All other trademarks are property of their respective owners.