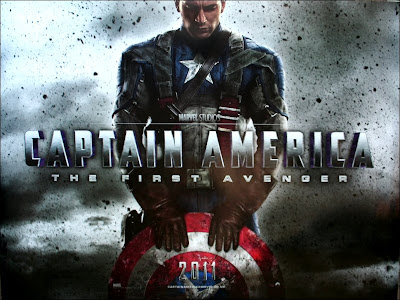 Captain America: The First Avenger (12a)

“General Patton has said that wars are fought with weapons but are won by men. Our goal is to create the greatest army in history. But every army begins with one man. He will be the first in a new breed of super-soldier. We are going to win this war because we have the best men. And they, personally, will escort Adolf Hitler to the gates of Hell.“

We’re in 1942, America has entered World War II, and weedy but determined Steve Rogers (Chris ‘Scott Pilgrim vs The World’ Evans) is frustrated at being rejected again and again when he tries to sign up for military service.

Then one day he is picked by slightly nutty Dr. Erksine (Stanley Tucci) to be the first ‘super soldier’ – enhanced to the max of his human potential. From that moment on he becomes Captain America – the all singing, all dancing propaganda face of the U.S. war effort. Then when his friend is abducted by nefarious Nazi secret HYDRA baddies – he steps into the front line to try and save the day.

Of course every super hero needs a nemesis and Captain America’s is Johann Schmidt aka the Red Skull (played with camp relish by Hugo ‘The Matrix’ Weaving). And as Schmidt just happens to be the boss of HYDRA it’s game on for some boys own style, slick super smack-down. 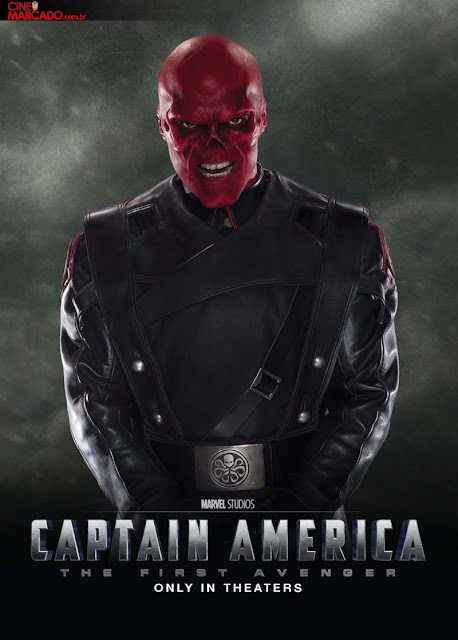 "Red Skull... quite an accurate name..."
Captain America: The First Avenger – important not to forget that subtitle as next year see the Capt join Hulk, Thor and Iron Man in potentially the greatest ever superhero team movie of all time ‘The Avengers’. Be sure to wait until after the closing credits if you want to see a sneak peak of that!

In the meantime we get plenty of good fun action which plays like a more family friendly super-powered take on Inglorious Bastards. Yes the Capt gets the girl (Hayley ‘The Duchess’ Atwell), kills the baddies and saves the entire planet – before getting handily getting frozen so he can wake up and fight evil in the present too.

I was bit worried that Director Joe ‘The Wolfman’ Johnson might not do this justice but the first Avenger delivers the crowd pleasing goods and avoids being Captain A-‘meh’-rica… Not quite as good as Iron Man but better than Hulk and more action packed than Thor, there would be merit in seeing Captain America 2 as well as The Avengers. Good times for superhero fans.

Horror öö – some death and violence

Spiritual Enlightenment ööö - heroic actions required (even if you're  wimp) 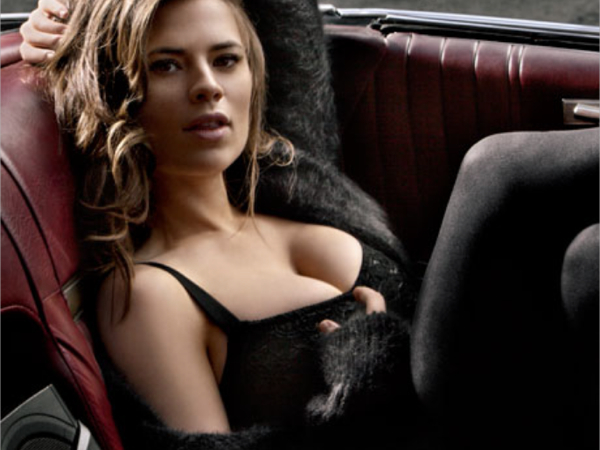 "Hayley has a lot of front"