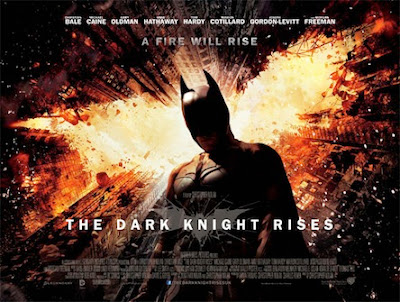 It’s here, the final part of Christopher Nolan’s Dark Knight trilogy – the culmination of an epic tale that has seen Batman rebooted in gritty, dark and satisfyingly adult style.

The story picks up eight years after The Dark Knight, the Joker is a distant bad memory, Harvey ‘Two Face’ Dent has been hailed as a hero - martyred at the hands of the Batman, who has not been seen since.

Gotham is prosperous and virtually free of violent crime – but a storm is coming and it doesn’t take long before the city is on its knees in the face of a new enemy called Bane (Tom Hardy) who is intent on destroying it entirely.

The Dark Knight Rises begins with a bang - a superb daring mid-air kidnapping of a nuclear physicist Dr. Leonid Pavel (Alon Abutbul). It seems that Bane is planning to some megaton payback on the citizens of Gotham – and it would appear that there is no one to stop him with the Dark Knight in self-imposed retirement.

Indeed, things look so bleak when Bane makes his move on the city that it just might be too much even for the valiant Dark Knight.

The Dark Knight Rises does something I didn’t think possible after the last film – it raises the stakes to even higher, spine tingling new heights. The cinematography is just jaw dropping, especially in IMAX and the set pieces bring some truly unforgettable action scenes. 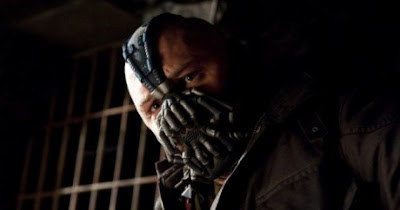 There is sheer joy in seeing Batman take to the sky in his new plaything ‘The Bat’ or streak through the city on his awesome Batpod Motorbike. And even as the odds against him grow, the plot deftly brings in elements such as brave cop John Blake (Joseph Gordon-Levitt), which offer tantalising glimpses of hope.

As a director, Nolan is at the very top of his game here and he delivers a worthy, darker rival to wham-bam action fun of The Avengers. 2012 is proving to be a vintage year for superhero flicks and The Dark Knight Rises is potentially film of the year. 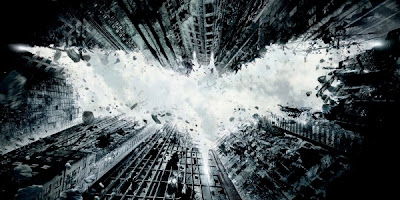 Out of a potential 5 you have to go with a Darkmatters: ööööö – RISE!!

5 – stunning conclusion that leaves you satisfies and yet wanting more!

Horror ööö – nasty in parts but not extremely horrible

Babes ööööö – one new Catwoman to rule them all

If there’s anybody in the world who could have made not one, not two, but three epic and great Batman films, it’s Christopher Nolan and it’s so sad to see him end it all. However, what a great trilogy he gave us and if anything, this movie should mainly be remembered and loved for that reason. Good review Matt.

I do agree that the new take on the batman is great; dark, mysterious and epicly heroic, but you know the goosebump feeling you got at the end of the dark knight. When gordan has the line: "a noble protector, a silent guardian, a dark knight". I went into the film looking for that awesome feeling, but only tiny tingles got me.

Also, your point about how it raises the stakes to spine tingling new heights. True and thats exciting, but dude, no one thought that things wouldn't turn out good. I mean its a superhero. He is always going to beat the villian.

I also thought that bringing in the bat hovercraft was cool but it didn't make batman feel like an awesome hero. All that said was that I'm a guy who can pilot this huge hovercraft. You have to have a balance between combat with batman's vehicles and his own physical combat. Like with his bike and car, he would get out and start punching up guys. It just didn't feel as awesome as the other vehicles.

Still great review and I liked it but I don't think it reached the massive mountain of a movie that the dark knight left.