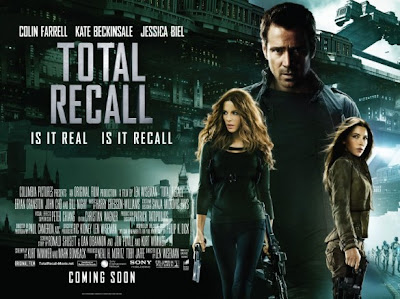 “The past is a construct of the mind. It blinds us. It fools us into believing it. But the heart wants to live in the present…”

Get ready for a surprise… Here’s Hollywood strip-mining another ‘classic’ film – this one – a new ‘interpretation’ of Philip K Dick's short story We Can Remember It for You Wholesale. The ‘90s version had the winning team of bloodbath specialist director Paul Verhoeven and lumbering action hero specialist Arnie. The new version has Underworld and Die Hard director Len Wiseman and leading man Colin Farrell… Darkmatters review if original Total Recall here. 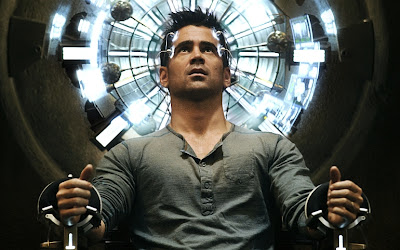 Plot wise, instead of there being a conflict between Martian colonists and Earth’s powerful baddies, Wiseman tries for a fight between the good old United Federation of Britain (UFB) and a sleazy underworld known as the ‘Colony’ – formed by the remains of Australia. The rest of the world is inhabitable thanks to a world wide chemical war but the two livable areas are at least connected by a huge travel shaft that runs through the core of the planet and is known as ‘The Fall’.

Looks wise Total Recall 2012 owes quite a lot to Blade Runner – all rainy high-rise slums connected by floating car superhighways and various walkways. Farrell plays Doug Quaid, a humble Colony-dwelling assembly-line worker (making future police robots) but he has dreams of being a superspy. Alas that’s not likely to happen unless he visits Rekall - a company that provides its clients with implanted fake memories of a life they would like to have led. The procedure goes haywire though and Quaid finds himself on the run, fighting the powers and trying to stop a full-scale invasion of the Colony, using the very robots he’s been making for years. 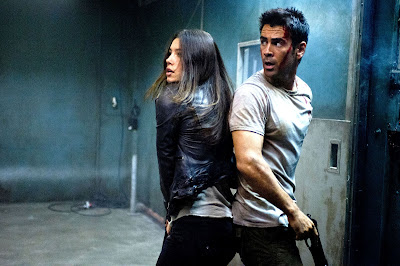 Everything in this new Recall has been given a smart lick of quality CGI special effect coating and the females of the piece come in the shapely forms of Doug’s gorgeous wife (Kate Beckinsale) and sexy resistance fighter Melina (Jessica Biel).

The action rocks along at a good pace and there are several impressive scenes that are worth the price of admission. Alas the new version feels slightly soulless and machine tooled to be just another summer blockbuster rather than any sort of classic.

For fans of the original there are at least some nice nods and winks which include an update of the 3 boobied lady “you’ll wish you had three hands” and a lovely sequence which apes the Arnie disguised as a woman going through security system – only to nicely wrong-foot the viewer.

This is a trip worth taking but it will make you recall how good the original was!

Spiritual Enlightenment öö – that Rekall will mess with your mind 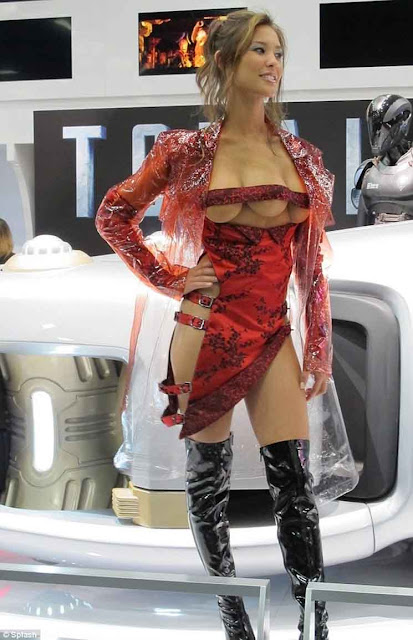 I thought that the ending was the main difference; being very mysterious. When you see the end then all your thinking was "was that all a dream that was conjured up in recall?"

I thought it had some good moments but found that having the funny man of malcolm in the middle as the bad guy very weird, but he did a hell of a job.

Those who have watched Total Recall for the first time might have enjoyed it better.