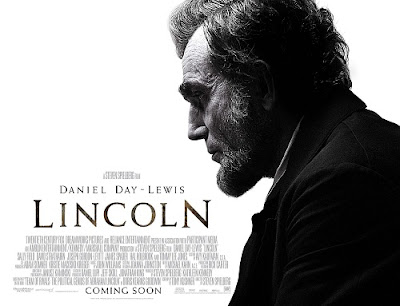 “I am the president of the United States of America, clothed in immense power!”

It was 1865, ah, I remember it well… The American Civil War was moving towards its end and U.S. president Abraham ‘Honest Abe’ Lincoln (another brilliant turn from Daniel Day-Lewis) was endeavouring to get the landmark constitutional amendment which would forever ban slavery from the United States passed but it seemed an almost hopeless task.

Time was very much against him as it looked like peace may be brokered by the Southern States, and if it came before the amendment was passed, there would be time to have those same slave loving states veto it and stop it becoming law. 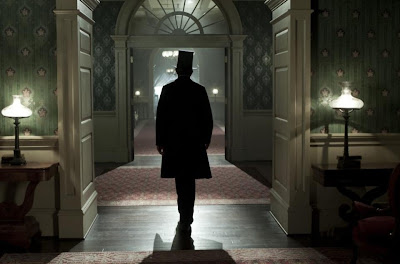 It was down to Lincoln to walk a fine line – holding the peace delegation at arms length in secret whilst trying to get enough votes from Congress to get the amendment through. But at what cost would the potentially doomed amendment be heard? Would thousands more have to die in the bitter conflict or could one man make the difference and force his nation to confront its conscience and live with the consequences.

Lincoln is a powerful, epic and soul-searing dramatization of one of history’s most important men. The issue of slavery is one that has proved a rich mine of cinematic inspiration but whereas the recent Django Unchained tackles it all guns blazing and with tongue in cheek, Lincoln delves into the political battle for hearts and minds, moral dilemmas and crises of conscience. 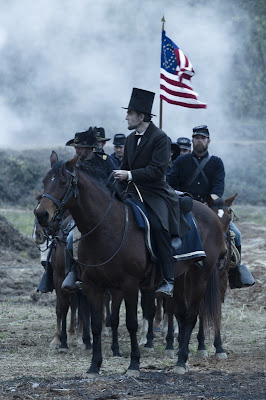 Day-Lewis is mesmerizing in the lead – but the film packs quality actors in just about every role including John Hawkes and James Spader as lobbyists hired to try and ‘buy’ votes for the amendment by offering positions of authority, some great ‘boo, hiss’ Democrats who oppose the amendment – led by Fernando Wood (Lee Pace). Tommy Lee Jones is fantastic as the spirited Thaddeus Stevens whose deeply personal motivation to fight to end slavery becomes apparent at the end of the film.

Spielberg is a master craftsman and he plunges deep into Lincoln's tragic personal life and pulls no punches in exploring his marriage to the wife Mary Todd Lincoln (Sally Field), whose life was blighted by the death of their son Willie, who died of typhoid.

Everything works from the engaging dialogue and incredible cinematography through to the well judged pacing over the almost 3 hour running time.

History never looked so good as it does here and world-changing justice such as Lincoln achieved is well honoured with a truly epic film which deserves your attention.

Babes ö – not much eye-candy

Spiritual Enlightenment öööö - our world will never be the same 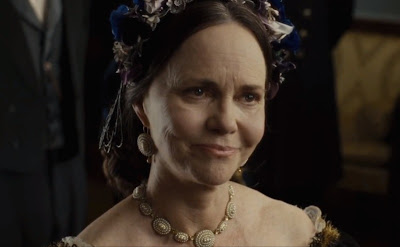