PS4 Sales Figures Released - ONE MILLION on DAY ONE!!

Sony Computer Entertainment Inc. (SCE) today announced that the highly anticipated launch of the PlayStation®4 (PS4™) computer entertainment system resulted in 1 million units sold through during the first 24 hours after it became available on November 15, 2013 in the United States and Canada.

Darkmatters asked Andrew House, President and Group CEO, Sony Computer Entertainment, Inc. to comment but he too busy rolling around in a monster pile of money, when pressed though he said:

"The PS4 was designed with an unwavering commitment to gamers, and we are thrilled that consumer reaction has been so phenomenal. Sales remain very strong in North America, and we expect continued enthusiasm as we launch the PlayStation 4 in Europe and Latin America on November 29. We are extremely grateful for the passion of PlayStation fans and thank them for their continued support."

This makes the PS4 the biggest console launch of all time - and it's only just begun. Last night (16th Nov) there were almost a quarter of a million PS4 players in online playing Call of Duty: Ghosts. 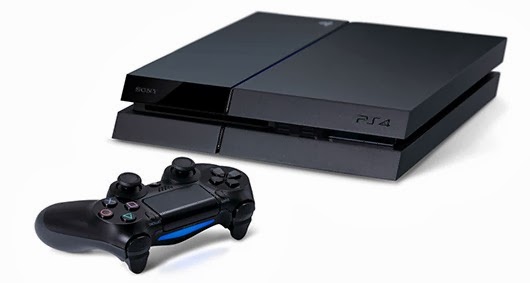 In two weeks the PS4 rolls out across Europe (Matt Adcock will be there for the midnight launch) - can the Eruo's bring in similar number of units at launch?

Looks like Greatness is happening - and gamers the world over are choosing PlayStation...

It's FOR THE PLAYERS