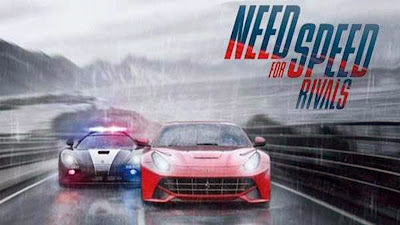 Yes it's the classic Top Gun quote that surely launched this driving series of games that has run across many different platforms with varying results.

Now the Need For Speed hits the PS4 and good news is that this is the definitive version without a doubt.

Welcome to Redview County, a place where the cars are fast and the mountains are alive with the sound of music but with the roar of high powered performance cars. It's a great place to drive, drift, jump and generally live out your motor fantasies in stunning HD visuals - the like of which simply have not been witnessed to date - thanks to DICE’s Frostbite 3 engine. 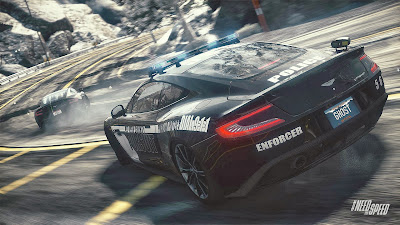 "The police force in NFS are well funded!"

There is a sheer visceral thrill to take an Aston Martin or Ferrari out on the open roads and stretches of motorway but beware the constant threat of the pursuit cops who are just looking to bust your ass. Of course the joy here is that you can also sign up to be a copper and take down racers by ramming them into submission.

Channelling the spirit of BURNOUT there are some very 'ohh that's got to hurt' insane speed crashes and also exciting oh-so-close you can smell the fumes near misses.

Every corner has a new challenge for you, be it a jump record to try and break or a speed camera through which to burn and set a fastest time... All the game play is tied together by the rather clever 'Autolog' which allows you to compare stats with pals, choose new opponents or just browse through the wealth of options on offer. 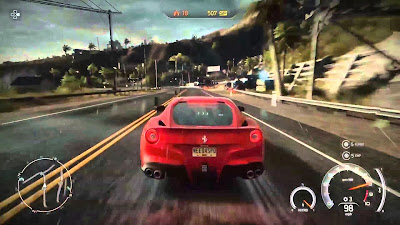 The attention to detail is lovely - blasting through forests will throw a wave of leaves up in your wake but even small things like a rain shower will glisten off the road and the gleaming bodywork of your vehicle and looks so good you will likely find yourself just staring in wonder at the graphics.

So hats off to Ghost Games’ debut which brings much of the good stuff from Criterion’s last couple of NRS games. The role play bits of upgrading is here too thanks to 'Speed Points' or SP which you gain for completing races and more - and banking it before getting busted. The fear of getting caught when you're sitting on a decent haul of SP adds a great edge to playing as a racer.

Cops don't lose their SP's though so it does feel like a safer option - but it's still immensely satisfying to 'bust' racers (especially when they are actual players as opposed to AI targets). So don't be shy - jump online and enjoy some PvP play in style. 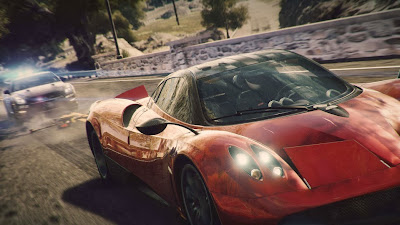