‘save the last humans’

And consoles are only as good as the games - so leading the charge (for free with your PS+ trial or subscription) is a unique, visceral, fast-paced shoot-em-up...

RESOGUN does things on screen that constantly makes you go 'ooh that's cool' showing why it was made exclusively for the PS4 - the sheer amount of detail and special effects on screen as you unleash an array of devastating weaponry including lasers, missiles, bombs and a real WMD - called 'overdrive' is just jaw-dropping. 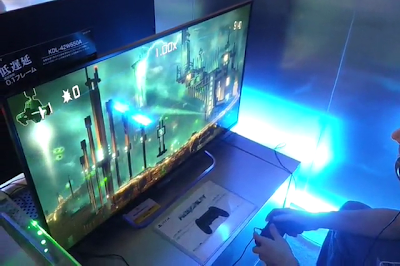 Gameplay-wise your mission is to blast hordes of alien enemies that come from all sides whilst trying to rescue the last humans. It is the perfectly judged 'twitch' dual stick shooter gaming that make RESOGUN an immediately easy to pick up and play and yet incredibly addictive with a killer 'just one more go' factor.

Sure you won't have the same 'size' of game as AAA titles such as Assassin's Creed, COD, Battle Field 4, Killzone Shadowfall as there isn't a single player 'campaign' beyond blasting your way through the various levels (there are only 6 at the moment but more are on the way in DLC form). But it really doesn't matter as this is a game all about honing your high score and comparing it with your friends / the world-wide leader boards.

I am old enough to remember the original arcade game 'Defender' - I really enjoyed it but was never good enough to really get much value for my 10p (it was a long time ago)... RESOGUN however comes with a nice introductory 'rookie' setting which enables you to jump ahead and play as if you're a Matrix bending Neo straight from the off. 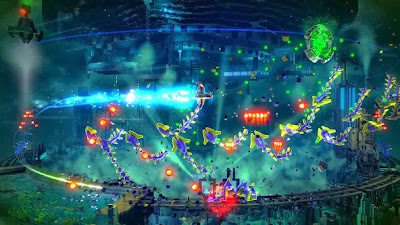 Manoverability is your ally in RESOGUN, your fighter craft is quipped with a nifty boost option that give off an explosive shockwave when exhausted - there is a great satisfaction in pulling off a perfectly timed boost which ends in the midst of a group of enemies who are torn apart by your blast wave...

There is much to admire about this game which comes from the makers of the sublime Super Stardust HD on PS3 - the next generation has begun in fine style and shoot-em-up fans will be very happy to find RESOGUN on the PS4. Just be warned that it's very addictive - so much so that you might well find yourself playing it on remote play on a PSVITA if you have to let anyone else use the TV!! 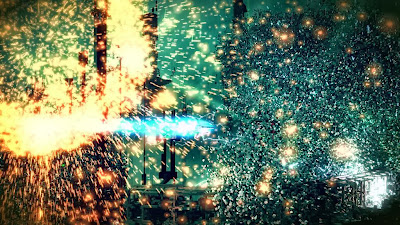