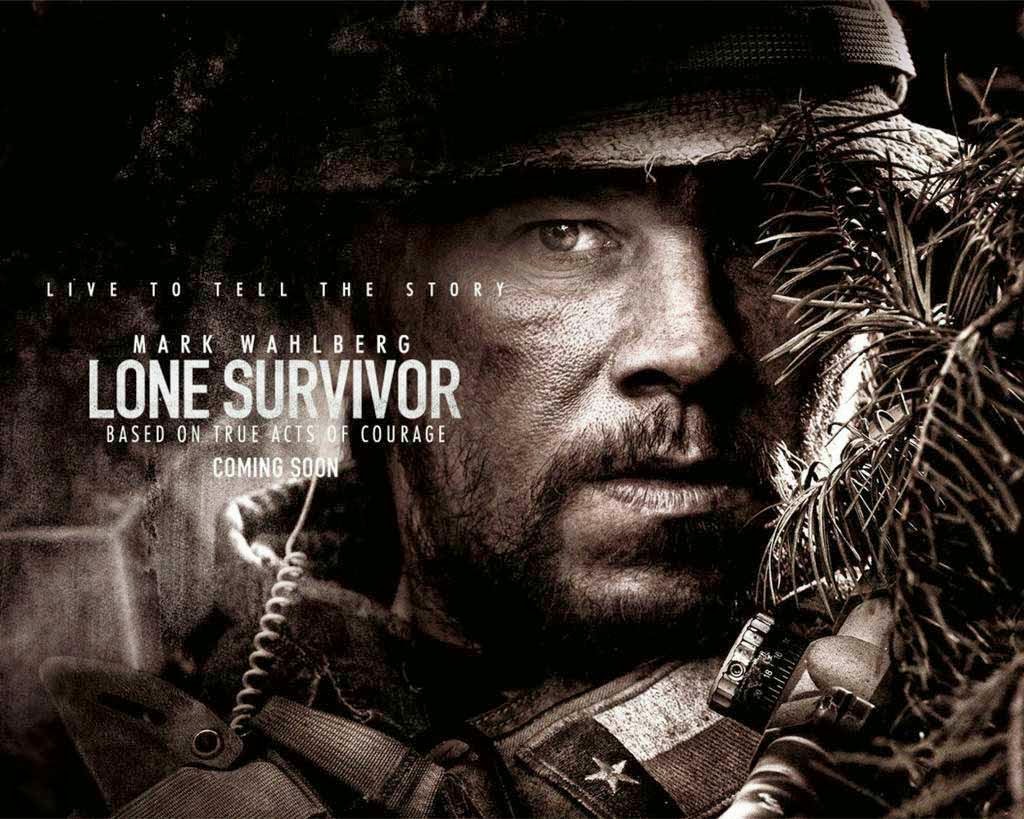 Read the newspaper version of this review here: Advertiser & Review

“You are never out of the fight.”

Attention, your mission – should you choose to accept it - is going to be harsh… You will be exposed to hostile fire and feel every bullet. You will witness brutality, fear, bravery and sacrifice – up close and personal.

Prepare to be moved, to have your eyeballs assaulted and your emotions torn, Lone Survivor is a heavy-duty ‘based on true acts of courage’ account of a seriously messed up situation in Afghanistan. Walking a fine line between gung-ho US propaganda and a heartfelt accolade to honour the forward operation Navy SEAL Teams on the front line of battle.

Marcus Luttrell (Mark Wahlberg) is the lone survivor of the title (which as titles go is a handy synopsis) tasked with taking his 4 man team on a mission into Taliban controlled territory to capture or kill notorious al Qaeda leader Ahmad Shahd. Alas the mountainous terrain interrupt their comms and then an unforeseen crossing of paths with a group of local goat shepherds sees Luttrell, Murphy (Taylor ‘John Carter’ Kitsch), Dietz (Emile Savages’ Hirsch) and Axelson (Ben ’30 Days of Night’ Foster) with an angry army of Taliban soldiers hunting them.

Director Berg delivers some of most visceral battle scenes ever committed to the screen – this is a far cry from the Call of Duty / Killzone virtual battles where you respawn after getting shot. If anyone still has a taste for signing up after seeing this, it will be eyes open not just to the potential horrific death that could await but also to the moral dilemma of having to choose who to spare or free.

The SEALS here are efficient killing machines who fight for each other and who exhibit savage bravery – but they are still men and the film does a good job in showing that they have families and friends outside of the marine corp.

As the ill-fated SEAL team fight against impossible odds, the ‘action’ is balanced and believable. There is also a strong twist which I won’t spoil here but enough to make you think beyond the ‘war is won’ headlines about the conflict happening in Afghanistan.

Wahlberg gives a great, gritty performance and he’s ably backed by all the cast. Lone Survivor is a valiant film and a fitting tribute to those who are ‘never out of the fight.’

Laughs öö – laugh when you can because...

Horror ööö – battles are not fun

Babes ö –not that kind of film