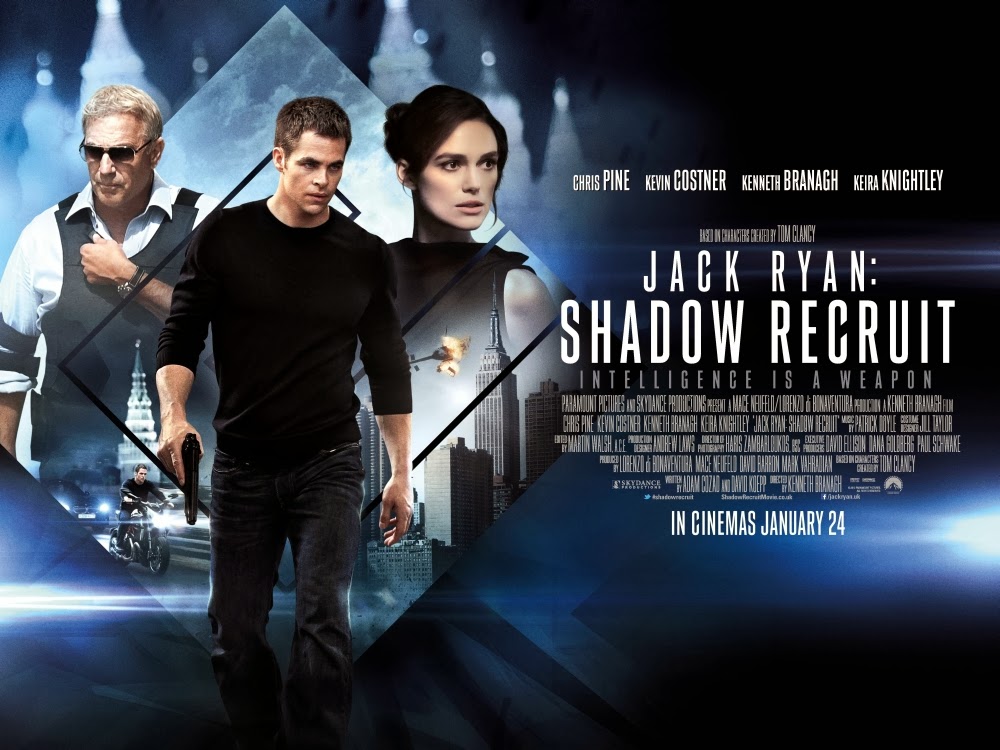 “You Americans like to think of yourselves as direct. Perhaps you are just rude.”

Jack Ryan, the all American super spy is back – here to entertain those cinema goers for whom Bond is a bit too British, Bourne a bit to violent and Mission Impossible’s Ethan Hunt a bit too unpredictable… Ryan has been portrayed by Harrison Ford, Ben Affleck and Alec Baldwin to various degrees of success but here we have a younger ‘prequel’ Ryan played by Chris ‘Kirk from Star Trek’ Pine – all fresh faced and eager to save the world. 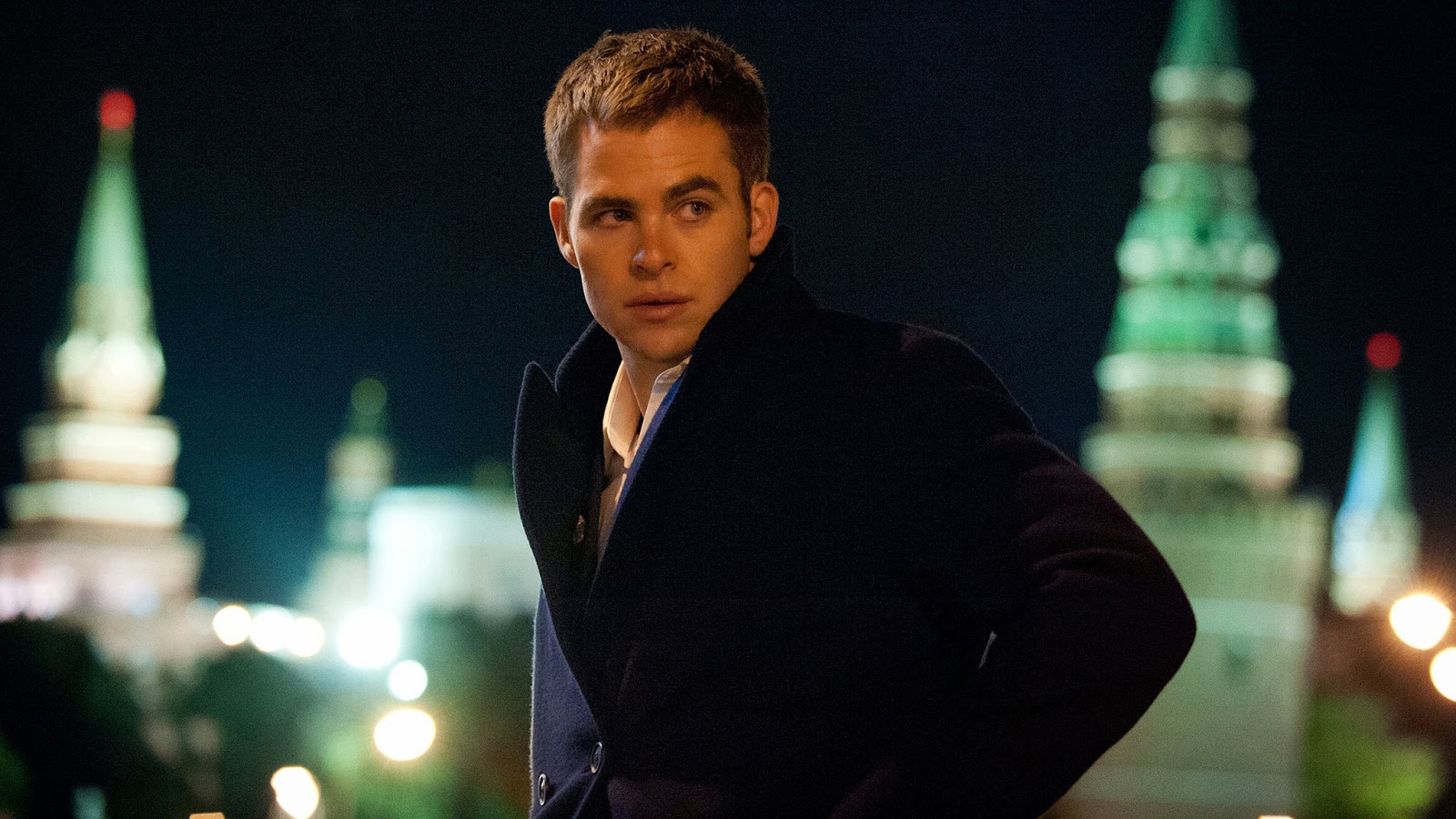 Shadow Recruit is the first Ryan adventure not based on an established Tom Clancy novel and it shows. The plot sees young Jack signing up to the CIA, falling in love with a gorgeous doctor Muller (Keira Knightley) - who helps him recover from getting injured serving in Afghanistan - and being dispatched into the field by veteran spy Harper (Kevin Costner). After the initial set up has been ticked off, the action can begin – the threat being a dastardly evil Russian plan to destroy the American economy by Viktor Cherevin (Kenneth Branagh who also directs).

Cue plenty of sneaking about, the occasional fight, a spot of breaking into highly guarded offices and of course a ‘thrilling’ against the clock climax to try and advert catastrophe… It’s decent enough entertainment, slickly put together and looks good – Pine and Knightley make a gorgeous couple but there is nothing overly compelling and certainly nothing very memorable. If anyone puts Jack Ryan: Shadow Recruit on their ‘films of 2014’ list I’ll want to have words with them – this is Hollywood by-the-numbers action film creation which – as a prequel – doesn’t even hold the threat that our hero might not survive. 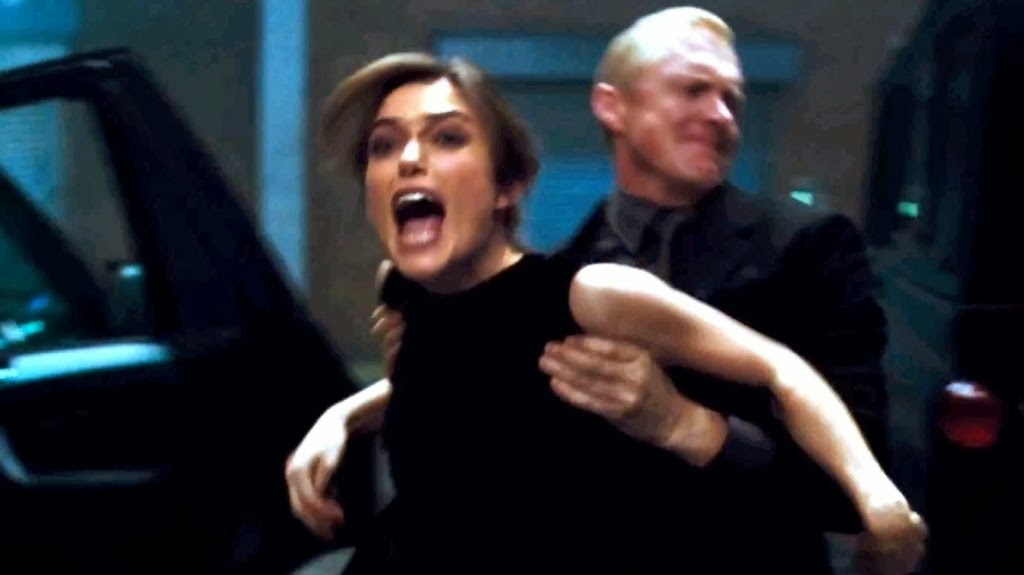 "Those nasty Russians will tickle your girlfriend!"

I took my son and his girlfriend who are 16 to see this and their views (having never seen a Jack Ryan movie before) were more favourable than mine. So if you’re new the world of action thrillers, this is probably an ok place to start, kind of breaking you in gently without disturbing you too much or troubling your grey matter. In fact in order to enjoy Shadow Recruit it is highly recommended that you put your brain into neutral and let the moments of highly improbable coincidence – that are essential to the plot wash over you.

Laughs öö – amusing in parts but not always intentionally