"Come find me when you wake up!"

Prepare for a dazzling adrenalin overload of an alien invasion movie. Based on the Japanese novel "All You Need Is Kill" by Hiroshi Sakurazaka, Edge of Tomorrow is this year’s hot sci-fi ticket.

Featuring hotshot but cowardly military PR specialist Major Bill Cage (Tom Cruise delivering over and above the call of duty) – a spin doctor who can certainly ‘sell’ the war but who really isn’t keen in actually getting thrown into the action.

But that’s exactly what happens when he tries to weasel his way out of covering the fighting live from the front line. Rather than getting to record the events, Cage is shipped off with a bunch of cannon fodder losers called J-Squad to actually take part in a massive counter strike against the aliens who have taken over mainland Europe.

It’s no spoiler to tell you that Cage gets himself killed within minutes of hitting the ground in a massive Saving Private Ryan-esq beach landing but for some reason he finds himself inexplicably thrown into a time loop-forcing him to live out the same brutal 24hrs of combat over and over.

This is where it gets really interesting… What if you could fight a battle again...and again – each time learning better how to engage your ferocious adversaries, building your fighting skills and helping those around you possibly stand a chance?

Legendary Special Forces warrior Rita Vrataski (Emily ‘Looper’ Blunt) who is known as ‘The Full Metal Bitch’ takes Cage under her exoskeleton-ed wings to try and find a way to take the fight to the aliens, and through repeated training and battle encounters get closer to defeating the enemy.

Edge of Tomorrow is a superb high concept sci-fi thrill ride that delivers mass alien vs mech infantry carnage with stunning special effects. Once you get your head around the genius Aliens and Starship Troopers meets Groundhog Day plot – all you need to do is sit back and let the heavy duty action mixed with dark humour light up your cinematic pleasure receptors. 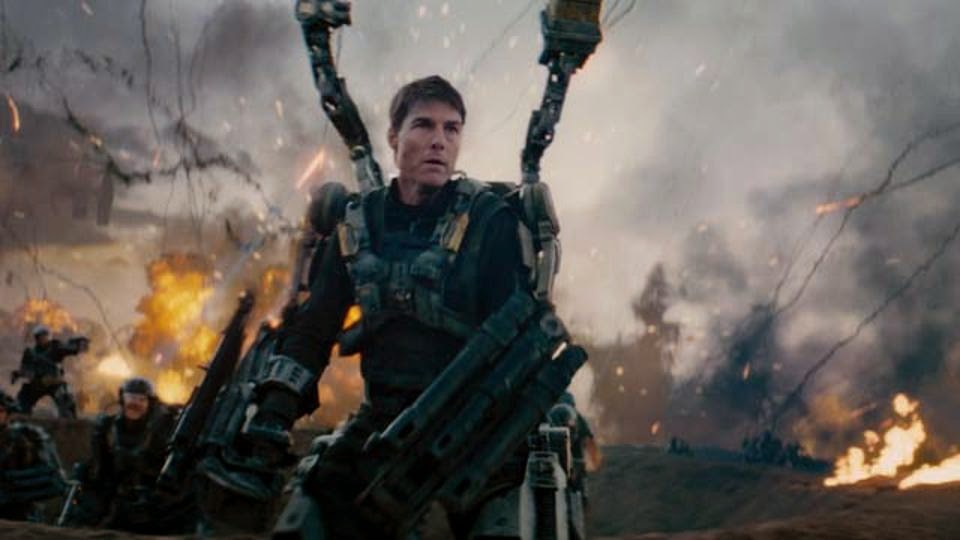 There is much to enjoy from the supporting cast too who include Bill ‘Aliens’ Paxton as Farrell - a hard as nails Staff Sergeant and Brendan ‘In Bruges’ Gleeson as British General Brigham who is directing the war effort from London.

What are you waiting for?

Horror öö – not too nasty 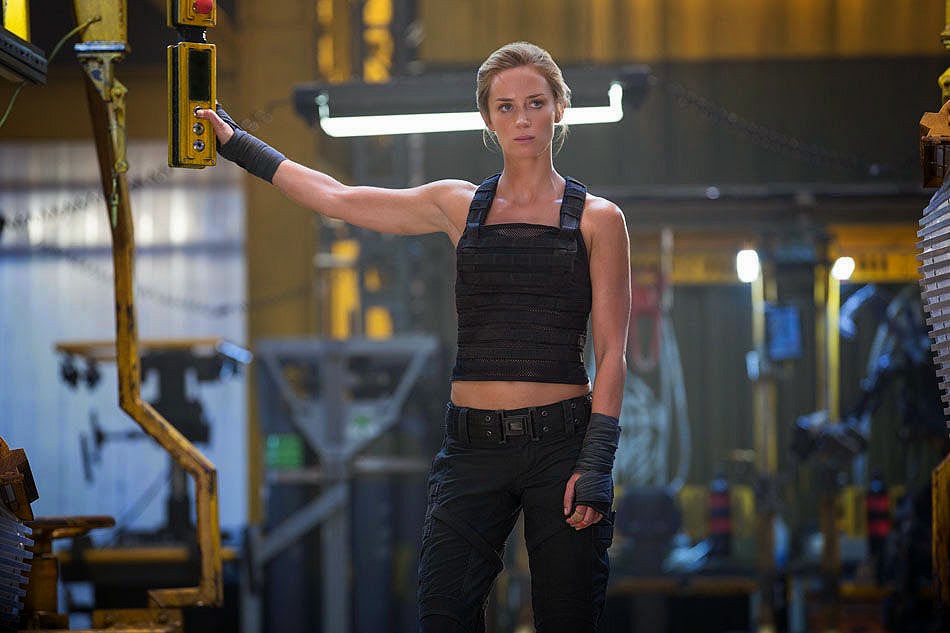