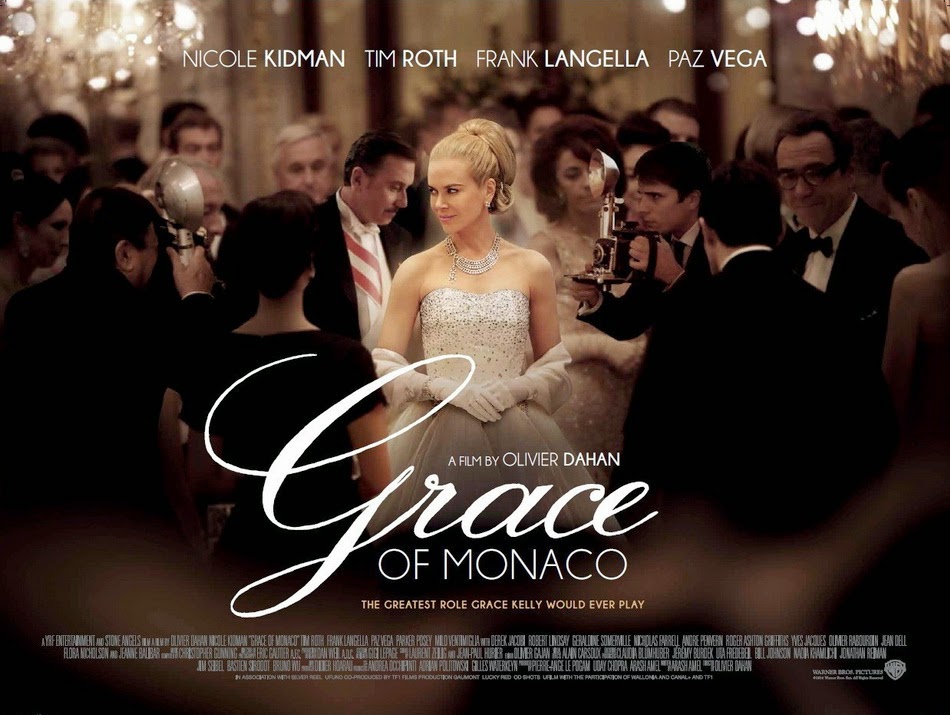 Read the Newspaper version of this review: The Gazette

“When I married Prince Rainier, I married the man and not what he represented or what he was. I fell in love with him without giving a thought to anything else.”

One has to wonder quite what Director Olivier ‘La Vie En Rose’ Dahan was aiming for with Grace of Monaco… What he’s made is a flashy, shallow, royal-em-up that oozes melodrama but lacks any sort of empathy – mostly because every character feels like they are being played by cardboard cut out puppets.

The plot follows Grace Kelly (Nicole Kidman) as she tries to get to grips with moving from being a Hollywood megastar to becoming the Princess of Monaco. It seems that marrying into Royalty isn’t necessarily a fairytale come true as her Prince ‘Charming’ Rainer (Tim Roth) turns out to be an over critical, bossy nightmare to live with. And to make matters worse – Charles de Gaulle (André Penvern) is determined to crush Monaco’s tax-haven status and forcibly restore it to being part of France… 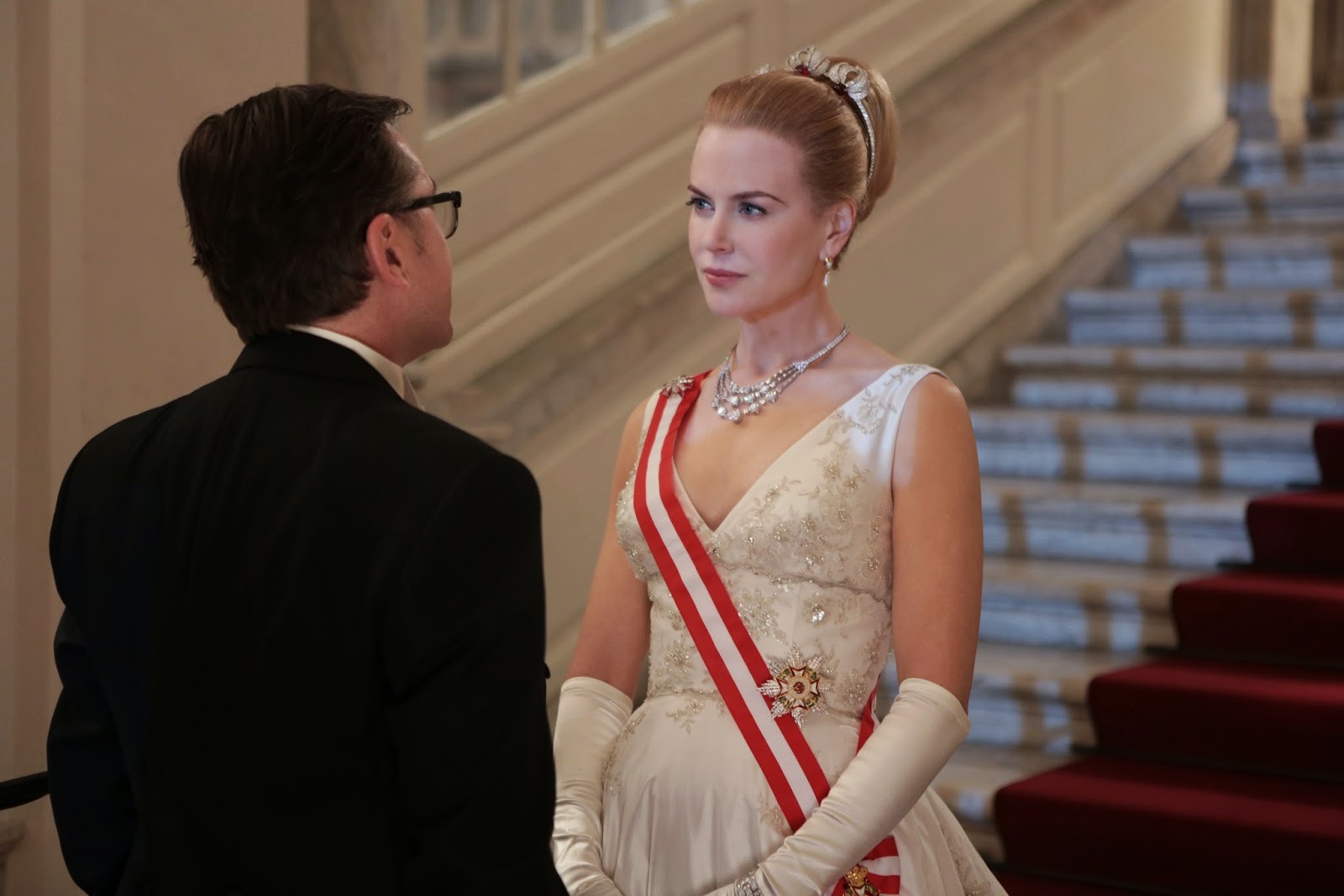 Turns out that Grace might just be the only hope of the small nation state’s survival but with foes on every side including some within her own Court, she is going to have to pull of the ‘greatest role of her life’ in order to save the day. Alas this fictionalized account – although based on true events – completely fumbles the political intrigue, instead turning the whole plot into a glitzy dumbed down bore-athon.

Kidman is at least mildly worth watching, she exudes a brittle beauty that radiates from the screen but nobody else seems to want to be in the film, Tim Roth is especially poor as Rainier who is often inadvertently funny. But there seems to have been a bad outbreak of ‘over-acting-fever’ which strikes down all the supporting cast at various points including Roger Ashton-Griffiths who brings a highly unconvincing Alfred Hitchcock to the screen. 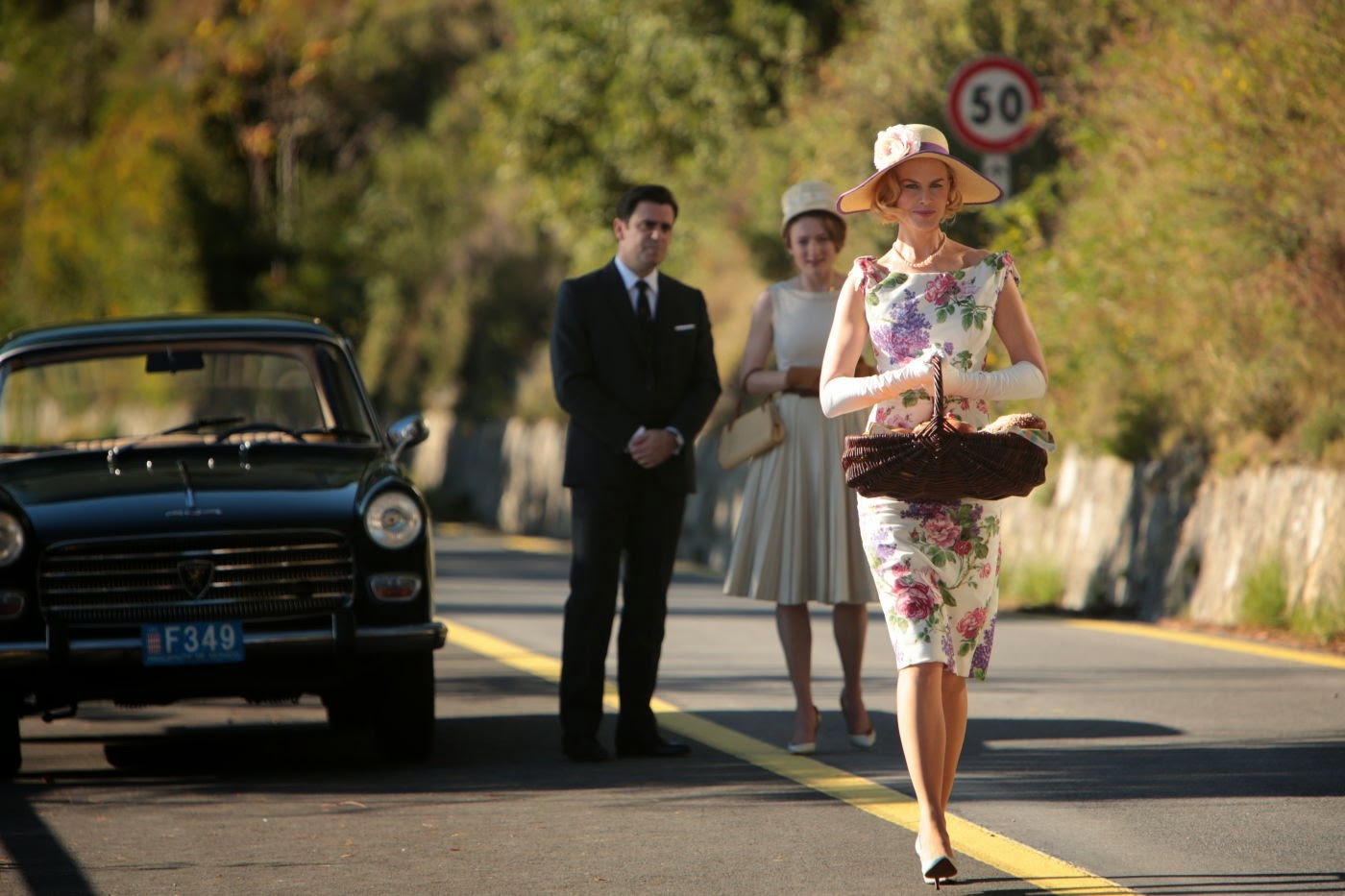 "Check out my buns!"

Only Father Francis Tucker (Frank Langella) comes away with any real credit, his priest who helps ‘Gracie’ learn to be the Princess she must be if Monaco is to have an independent future.

Grace of Monaco isn’t a film that you’ll enjoy if you’re looking for a decent biopic, an intelligent political thriller or a deep insight into Grace Kelly’s struggles. If however you can let the overall poor production values wash over you and just appreciate the lavish costumes – book your tickets today…

Awesomeness ö – limited to none

Horror öö – the over-acting is scary

Spiritual Enlightenment ö - you need a priest to succeed? 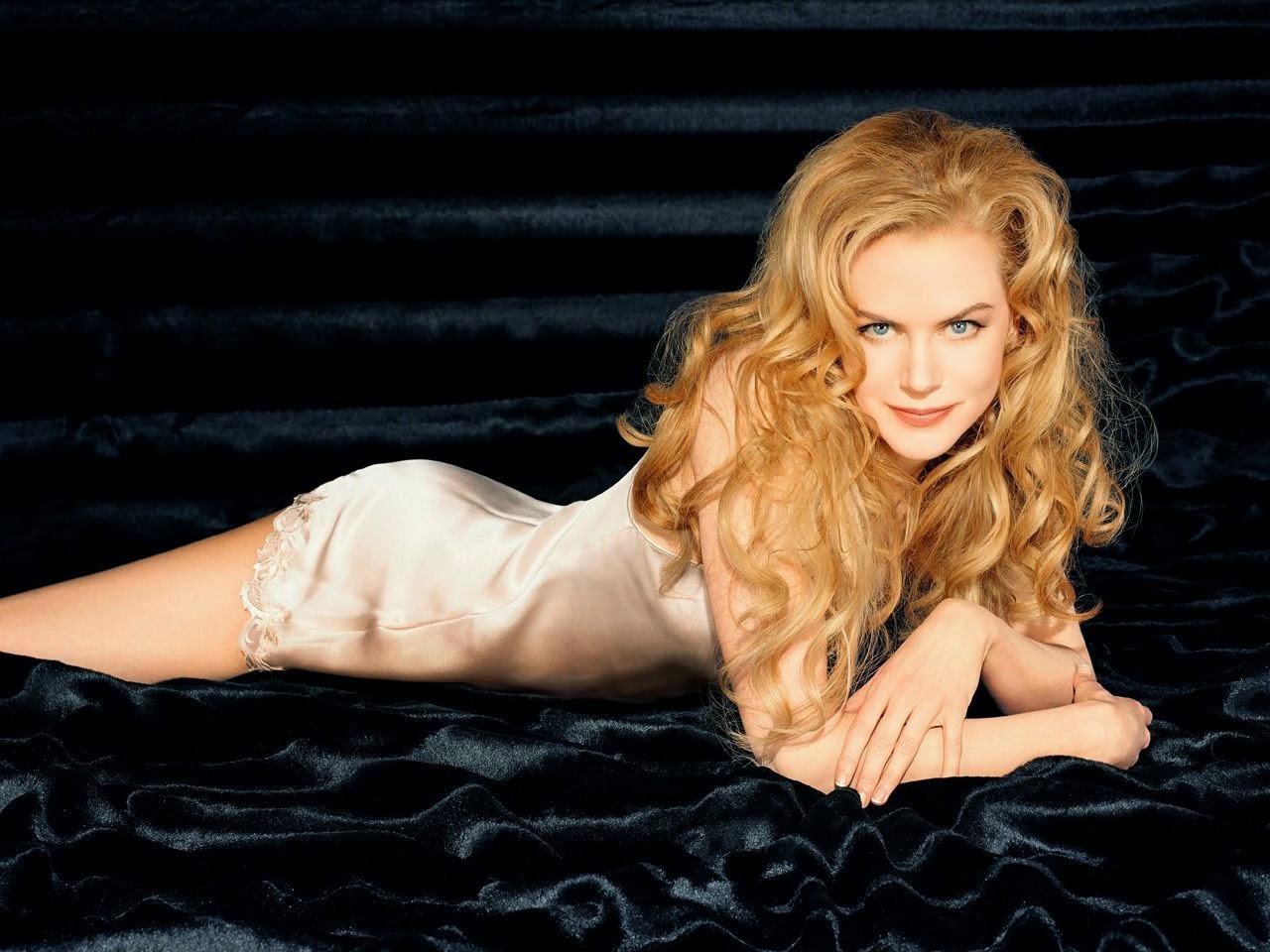