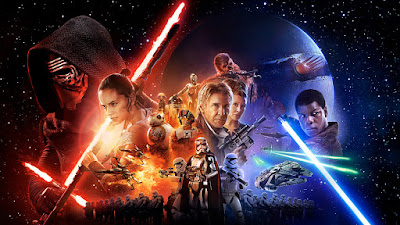 Star Wars: The Force Awakens (12a)


“The Force is strong in my family. My father has it. I have it. My sister has it. You have that power, too.”


30 years feels like a long time – Jedi, smugglers and Princesses age, power and responsibility are passed on to new generations and new threats arise. But The Force remains…

Star Wars: The Force Awakens is a film I have anticipated for decades, I’m a self confessed huge Star Wars fanboy – my firstborn son is named after Luke Skywalker and I felt the huge disturbance in The Force when the prequels threatened to sully the heritage of the original trilogy more than many. 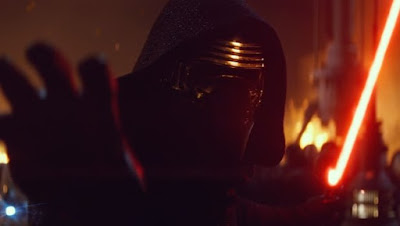 "If you only knew the power of the Dark Side"

Which is why I’m delighted to report that The Force Awakens is without doubt a quality Star Wars sequel, which blows the prequels away. Epic, reverent and managing to recapture that original trilogy magic, this is high adventure writ large once more and a total adrenalin rush to boot. 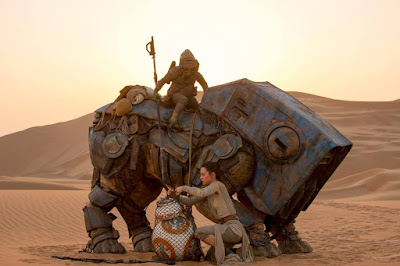 Add in the massive crowd pleasing return of Han Solo (Harrison Ford), Chewbacca (Peter Mayhew), Princess Leia (Carrie Fisher), plus Luke Skywalker (Mark Hamill) and let the space based action transport you back to a galaxy far, far away in fine style.

The plot borrows many best bits and themes from across the series and utilises them to huge effect. Lightsaber battles have never looked so good, X-wing vs Tie Fighter dog fights are more impressive than ever and the sheer joy of seeing the Millennium Falcon fly again brought tears to my eyes. 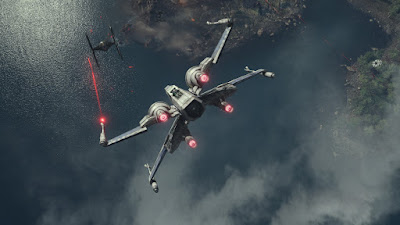 "I feel the need, the need for speed"

There is so much to enjoy in The Force Awakens and the plot crackles along at such a breathless pace you can forgive it for some improbable moments and coincidences.

At heart once more are the personal interactions and thematic strands of broken family relations, regret, trust and honour. The Star Wars comic asides are great rather than cringe worthy, the romantic elements ring true and the excitement levels are cranked up to dangerous levels.

There’s not a single reason I can give you not to go and enjoy this on the biggest screen you can find!

Horror öö – not too nasty but plenty of peril

Spiritual Enlightenment öööö - The Force is Strong once more, hallelujah!!