Darkmatters Review: The Night Before 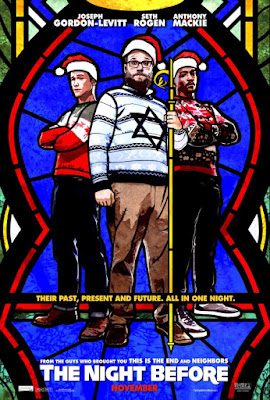 “Let’s have a toast to the douchebags!”

Christmas is upon us, so here’s a festive tale with a bit of a difference. Tis apparently the Season for a stoner comedy featuring Ethan (Joseph Gordon-Levitt), Isaac (Seth Rogen) and Chris (Anthony Mackie). This trio of pals have been friends since childhood and for a decade, since the untimely death of Ethan’s parents, their yearly Christmas Eve reunion has been a night of debauchery and hilarity – ‘friends rather than family’. 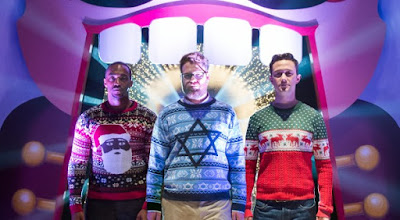 Things are changing for the chaps though and as the pressures of adulthood (pending parenthood, sports fame etc.) start to impact them it looks like they may never fulfil their dream of getting in to the secret ‘Nutcracka’ Ball - the Holy Grail of Christmas parties.

So with their annual tradition coming to an end, the guys decide to try and make this last ‘night before’ as memorable as possible with drinking, drugs and wild antics that may change all their lives… 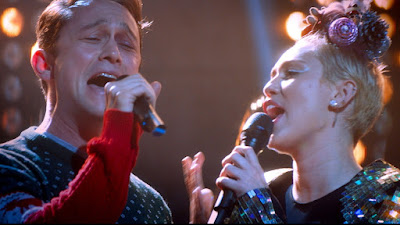 Director Jonathan ‘All The Boys Love Mandy Lane’ Levine’s brings some great funnies and is blessed by having three talented and game actors to carry the film. Sure not all of the film works – you can certainly feel the quality vary as the five different writers don’t all seem to be on the same page. There are some great scenes such as a ‘Big’ homage where the pals entertain shoppers with a cool Christmas rap accompanied by some nifty footwork on the giant floor piano.

At points the schmaltzy sentiment does get a bit out of hand and in others you might find yourself nodding off but when the comedy finds its groove The Night Before will have you laughing out loud at some seriously dubious and adult humour. An unforgettable cameo by James Franco, and his man parts will likely burn itself into your mind forever, liable to make you smile every time you get a text message from then on. 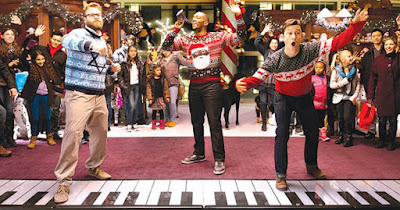 There are many Easter Egg references to classic Christmas movies, not least A Christmas Carol and a star appearance by Miley Cyrus as herself getting to sing her famous Wrecking Ball track. Michael Shannon has a returning role as the mysterious drug dealing Mr Green who seems to hold knowledge of the futures for our heroes. 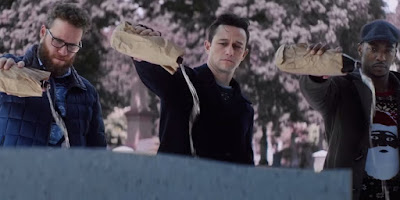 If you’re looking for some pre-Christmas bawdy laughs, then you could do a lot worse than check The Night Before.

Horror öö – gross out rather than nasty 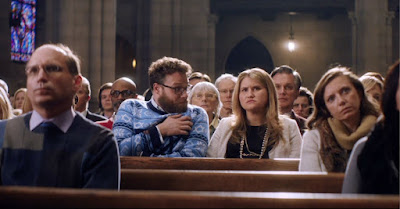