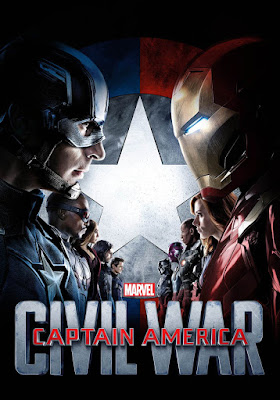 “You know what's about to happen. Do you really wanna punch your way out of this?”

Here it is then – the second super smack-down of the year following the darker, slightly incoherent but epic Batman v Superman. Disney’s Avengers get their turn to beat each other up in a slick movie which is easily the best Captain America film to date, but might feel a little neutered for fans of the Mark Millar comic book it’s loosely based on. 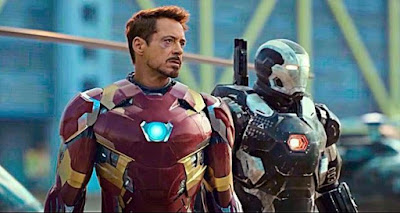 The plot sees an incident involving the Avengers causing yet further collateral damage in a foreign country and shrugging it off with a sheepish ‘sorry’. But a mixture of fear and condemnation from the public raises the political pressure to put some form of accountability on the super team.

This splits the Avengers as Steve ‘Captain America’ Rogers (Chris Evans) doesn’t want to sign up to new rules and would rather protect his brainwashed baddie pal Winter Soldier (Sebastian Stan) from justice. Tony ‘Iron Man’ Stark (Robert Downey Jr.) however is all for a new level of government oversight and accountability in the face of the whole Ultron affair which he is still feeling the guilt over.

The Russo brothers who directed The Winter Soldier and who will get their chance to ‘go big’ with the next full scale Avengers film ‘Infinity War parts 1 & 2’ do a great job of character development. Effortlessly bringing in new faces which include the movie stealing Spiderman (Tom Holland), the cool and funny Scott ‘Ant Man’ Lang who has a new trick up his sleeve and the noble Black Panther (Chadwick Boseman). Plus there are the returning Avengers who each get some quality screen time – on team Cap we have Falcon, Scarlet Witch and Hawkeye, on team Iron Man it’s Vision, War Machine and Black Widow. Hulk and Thor are MIA. 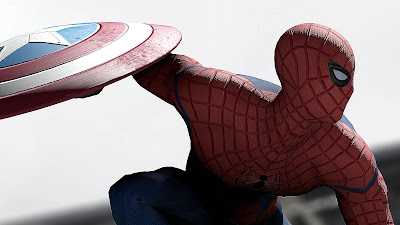 "Best thing in the film? yep!"

There are great supporting cameos from Community’s Jim Rash and Fargo’s Martin Freeman too – as well as the obligatory Stan Lee moment.

Civil War is at heart quite a personal film, with less actual threat level which you can view as both a good and bad thing. The fights and chases are great but there’s never a feeling that anyone’s really in mortal peril – good news for those wanting to enjoy spectacular super action with young people in tow.

"Quick - do the iconic scene!"

Exciting and funny, this is a super treat for the senses which gives great fan service without upping the ante too far. Normally war is hell but this one is a blast! 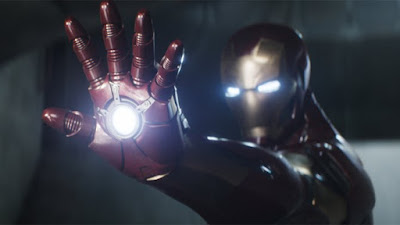 "Civil 'Skirmish' doesn't have the same ring to it"

Horror öö –  action violence and threat but nothing too grim

I enjoyed the film. Unlike the others in the MCU franchise though, by the next day I wanted to go back and see it again.
The other movies, Avengers, I and II, Cap I and II all relied on solid characters who, through a simple but well crafted narrative, drove the story forwards with little need for emotions to push things along.
Civil War was a very different meal, a blend of emotions and themes without which the story couldn't be told and the action scenes would have no purpose
Basically it's a film about people who although having very different personalities and backgrounds, were thrown together and risked their lives for each other and a greater good; to become close friends through shared struggles and facing life-threatening challenges together - only to fall out with each other in a big way over split loyalties and values. Friends who just happen to be superheroes.
The Russo brothers crammed a helluva lot into the 140 minutes - Civil War was more like a condensed version of the Netflix take on Marvel - dealing with 'real life' concerns the like of which fill the plot lines of Daredevil and Jessica Jones.
In the MCU as in the Comics I've been reading for the last 40+ years, Marvel brings real-world, human and personal concerns into their stories in a way DC can't even dream of.