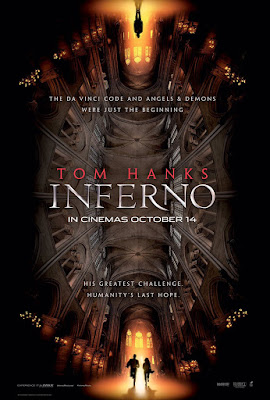 “There’s a switch, if you throw it half the people on earth will die, but if you don’t in a hundred years then the human race will be extinct. I left you a path, the hardest one yet, only you can finish it. You are humanities final hope.” 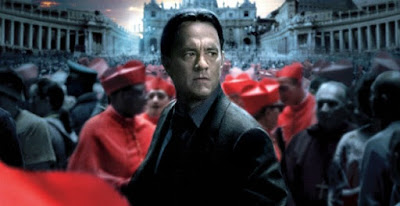 Hanks users with PlayStation VR vision to spot the baddies

Sure we’ve got plucky Academy Award® winner Tom Hanks reprising his permanently perturbed looking brainy symbologist Robert Langdon, once again running about good looking locales on a trail of clues tied to the great Dante himself. But it gets very hard to care for long as Inferno takes dull explanatory dialogue to levels that could comatose most mortal men.

This time, Langdon wakes up in an Italian hospital with amnesia, which might go some way to explain why he feels the need to go into micro level detail about everything he is currently looking at - out loud to whoever will listen. It’s almost funny for a while but after the first hour or so it really gets tedious. The good news is that his obligatory museum-clue-finding-em-up partner here is the much cooler Sienna Brooks (Felicity ‘Star Wars: Rogue One’ Jones), a doctor he hopes will help him recover his memories. But honestly, she’s much too good for him. 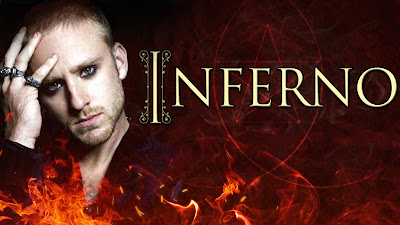 Anyway, together, they race around Europe, looking at things and saying what they looking at out loud just in case the audience can’t somehow see the same thing as they are. Of course, it’s all against the clock in a bid to try and to stop mad Zobrist from unleashing a global virus that will wipe out half of the world's population.

It actually sounds much better on paper than it plays on screen – yes Director Howard knows how to shoot a location with style and the production values of this money spinning series are sky high.

Hanks is a fantastic actor, and has made some incredible films but the Da Vinci series have for me been the low points of his career and alas Inferno doesn’t do anything much to stop that trend. 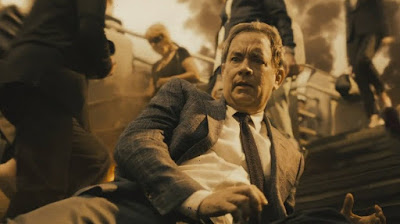 Hanks realises just how bad the film is...

Should you go see Inferno? Infer- NO

Laughs ö – Not much fun at all, unless you laugh at exposition

Spiritual Enlightenment ööö - Museums will save us all
Posted by Matt Adcock at 11:12 am