Darkmatters Review: The Girl On The Train 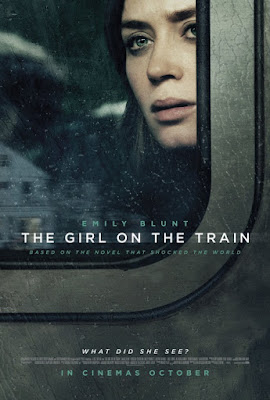 “I read once that when a train hits it can rip the clothes right off of you.”

The train company would like to apologise for the unexpected delays to your service today. It seems that the impossibly good looking couple in the house near the tracks are doing saucy things and it has distracted the driver and at least one of the passengers. Also, in an entirely unrelated note, if there are any devious murderers on board, would they please make themselves known to a member of the team.
Thank you.

OK so here comes the big screen adaptation of Paula Hawkins’s hit novel, it's been relocated to America and monkeyed with a little but still tells the tale of Rachel Watson (Emily ‘Sicario’ Blunt), an alcoholic who divorced her husband Tom (Justin ‘Mulholland Drive’ Theroux) after she caught him cheating on her - but whose life has fallen apart. 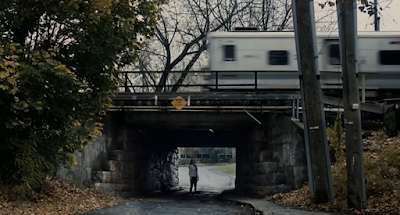 the bridge of sighs

Rachel takes the train to work daily (even though she had no job) and fantasises about the steamy relationship of seemingly perfect couple Scott (Luke ‘High-Rise’ Evans) and Megan (Haley ‘The Magnificent Seven’ Bennett) Hipwell, during her commute. Everything changes however when one day she witnesses something odd from the train window and finds out that Megan is missing, presumed dead.

Unfortunately for Tate Taylor’s The Girl On The Train, it walks in the shadow on the magnificent Gone Girl to which this movie owes a lot, not least the icy cold detached view of events getting ever more out of hand. Sure this is a passable dose of sadistic thriller, laced with overly dramatic cruelty and a strong vein of ‘who can you trust’ almost Hitchcock-like mystery. 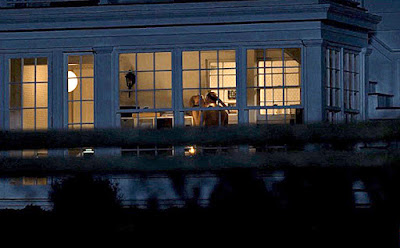 be careful what you see from the train

And whilst it all looks good and is nicely shot, the performances are extremely variable – props to Blunt who gives great alcoholic malaise in the main role and Bennett who is also good but it’s the men here who derail much of the film with some spectacularly hammy acting.

The plot jumps in time quite a bit but this dynamic feels a bit forced at points as do the shoehorned false memories slapped in to try and keep those who’ve read the book interested and not just sitting waiting for the big twist reveal.

The Girl On The Train is certainly worth a punt for those who like some melodrama and it keeps the strong feminine messaging of how and from what women draw their self-worth and the intolerable abuse they can suffer.

In the end I wanted more than this delivered, I guess I wanted to like it more than I did, a bit like my experiences on Great Northern trains!? 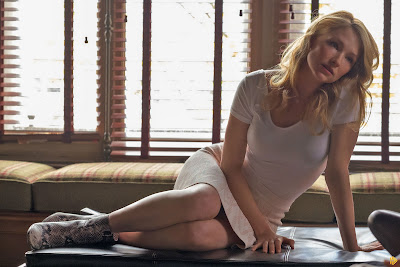 (3 - All aboard for good but not great pot boiling thrills)...

Laughs ö – Not much fun at all

Horror öö – Gets violent in places (but not tense enough)

Spiritual Enlightenment ööö - Grief not for yourself
Posted by Matt Adcock at 9:17 pm

May we display your header on our new site directory? As it is now, the site title (linked back to your home page) is listed, and we think displaying the header will attract more attention. In any event, we hope you will come by and see what is going on at SiteHoundSniffs.com.