Darkmatters Review: Fantastic Beasts and Where to Find Them

Fantastic Beasts and Where to Find Them (12a)

“You're an interesting man, Mr. Scamander. Just like your suitcase, I think there's more to you than meets the eye.”

Listen up Muggles, or ‘No-Majs’ should I say - as that is what our American brethren call none magical peeps. Director David ‘Harry Potter and the Deathly Hallows’ Yates takes us back to a time before the boy wizard Potter was even a gleam in his parent’s eyes and in doing so launches a series of prequel films that tell the tale of Newt Scamander (Eddie ‘Jupiter Ascending’ Redmayne). 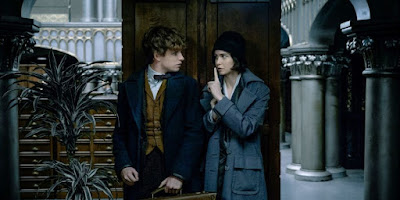 So it’s 1926 and Newt (short for Newton) has just completed a global excursion to find and document an extraordinary array of magical creatures – after being kicked out of a certain Hogwarts. When he gets to New York for a brief stopover he misplaces his magical case, and a misadventure lets some of his fantastic magical beasts lose in the city which could ‘spell’ big trouble for both the wizarding and No-Maj worlds alike.

Fantastic Beasts and Where to Find Them or FBaWtFT is a tale of high fantasy, packed with action and no little suspense. JK Rowling has conjured up some magical new characters in Newt plus ex-Auror Porpentina "Tina" Goldstein (Katherine Waterston), the mind reading Queenie (Alison Sudol) and unwitting No-Maj Jacob Kowalski (Dan Fogler).

Look it's a beast - a fantastic one

Also on hand are high-ranking Auror and the Director of Magical Security, Percival Graves (Colin Farrell) and the mysterious Credence Barebone (Ezra Miller) along with a host of others including turns by Ron Perlman, Jon Voight and Samantha Morton. 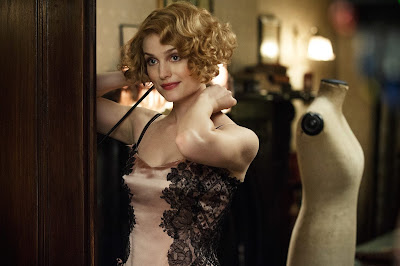 Careful, she knows what you're thinking

At points when the CGI fantastic beasts run rampage, it all gets a bit ‘Jumanji’ but the tone is kept fairly light even when the main characters find themselves in the cross fire between humans and witches. Of course this being the first in a series it is doing a lot of groundwork to establish the magic world mythos some 80 odd years before the Potter films kick off. It feels a bit of an overload in terms of new ideas and it can be tough to keep track of exactly who is who and what they’re up to. 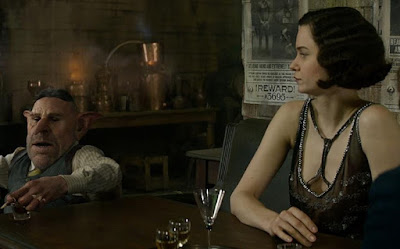 My what a big nose you have

FBaWtFT manages to be both a visual marvel and a heartwarming story that adds a great new layer to JK Rowling’s wizarding universe. This is a magical new chapter – think Harry Potter for adults and enjoy!

(4 - A welcome extension of magical proportions)...

Horror öö – Occasional but nothing too strong