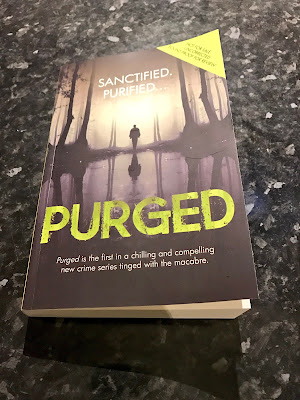 “I’ve repented and I’m with God now. Maybe one day you could come too?”

Religious nutters eh? Can’t live with em, can’t run from them when they murder you so you can go ‘straight to heaven’… Welcome to the future of crime chiller fiction – Purged is a spooky murder-em-up which comes on with massively unsettling supernatural elements that feel like James Herbert at his best... Strong stomachs certainly required as the seemingly idyllic English village Hobbs Hill is torn apart by some grisly murders. 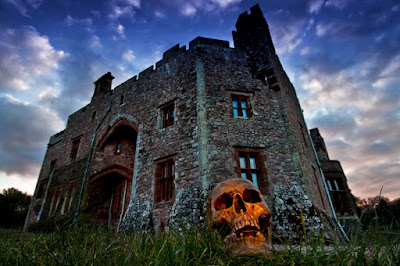 Matt Hunter is the hero of the piece, he’s a once ordained vicar whose faith has been lost and now he’s a professor of sociology writing a book debunking Christianity faith. In his spare time Hunter works with the police to help solve religiously motivated crimes – which is handy here because when he and his family visit the village of Hobbs Hill, he is soon caught up in a murder spree by a religiously unhinged tag team of killers.

As fate would have it, Hobbs Hill is home to Hunter’s former Bible College buddy Chris Kelly who is spreading that ol time religion with all the modern trappings across the wooden cross strewn village. Things get progressively more sinister still as locals go missing, the creepy church youth worker starts perving on Hunter’s young daughters and soon somebody in the locality starts delivering killer baptisms… 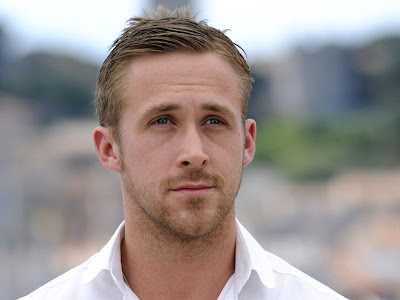 Gosling - would make a good Matt Hunter for the film adaptation

The incidental details really help the plot of what would make the nastiest Midsomer Murder ever - less clichéd and actually a shock to the senses. I haven’t been this creeped out by a novel since Let The Right One In and whilst Purged isn’t a standard ‘horror’ it is packed with disturbing themes that will linger in your mind. I smiled at the riling against the faith and the way the oddities of the happy-clappy church presented very much from that of an ex-insider.

Purged is the first in a new macabre crime fiction series, dark and intense, creepy and quirky – a bit like its author Peter Laws who is a journalist, film critic and public speaker and ordained Reverend in the UK Baptist denomination. 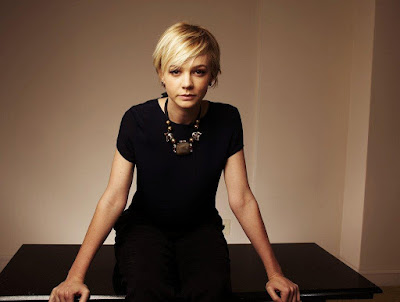 and let's have Carey as Wren (Mrs Hunter)

Purged will wreck your head in a good way - the creepiest of chillers. Put a book token or Amazon voucher on your Christmas list in preparation (it doesn’t hit shops until February ‘17).