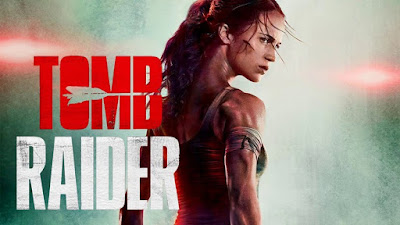 “If you’re listening to this then I must be dead. I found something, a tomb called the Mother of Death…”

Ready Viewer One for an origin story of how the iconic video games character Lara Croft (Alicia Vikander) develops a taste for saving the world. We join her as a fiercely independent young woman who refuses to believe her eccentric adventurer father Lord Richard Croft (Dominic West) is dead, even though he’s been missing for seven years.

When the Croft company’s Ana Miller (Kristin Scott Thomas), persuades Lara to come in and sign her right to her massive inheritance – she is gifted a Japanese puzzle box from her father. And before you can say ‘this might be some kind of clue that will lead to a sub-Indiana Jones adventure tomb raiding’, that’s exactly what transpires. 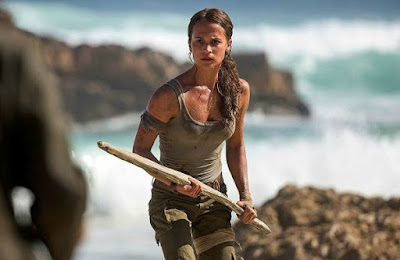 Having a series of video games to crib from gives the filmmakers a blueprint to make a stunning, pulse pounding cinematic experience. Alas Director Roar Uthaug makes this new version of this videogame-em-up adventure as safe and by-the-numbers as possible which makes for a strangely dull viewing experience. Vikander looks the part but she’s never fully believable when the ass kicking begins. The plot is horrifically predictable and everyone else in the movie suffers from ‘expendable extra’ syndrome.

Mathias Vogel (Walter Goggins) is the villain of the piece – a megalomaniac mercenary archaeologist - leading an expedition to find the ominous Mother of Death tomb for the sinister Trinity organization. 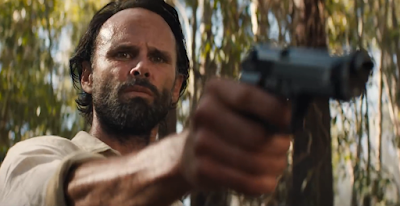 In the blink of a pixelated eye, Lara embraces her role as killer of bad guys like she’d been doing it all her life, taking down tooled up, highly-trained mercs with a handily found bow n arrows. Nothing can stop this woman on a mission – handily picking up an immediately loyal sidekick Lu Ren ( Daniel Wu) whose boat and services she hires to get her to the deeply generic jungle adventure that awaits.

Everything ticks along in a fairly inoffensive manner – daring escape / mystery reunion / raiding of tomb complete with all manner of deadly traps… It’s hard to put your finger on quite why it all isn’t more exciting but as one film goer I overheard on the way out said: “I think I’d rather had stayed at home and played the game on my PS4” – I think I have to agree. 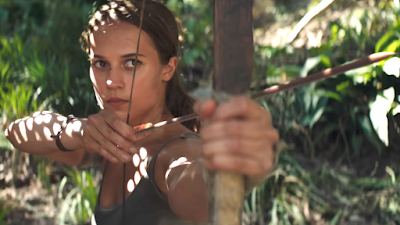 Laughs öö  – Limited humour (best laugh is after the credits)