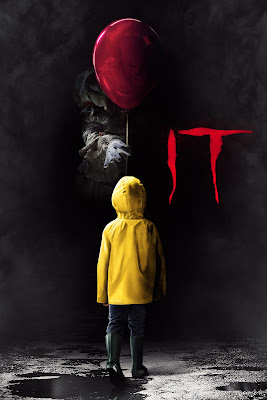 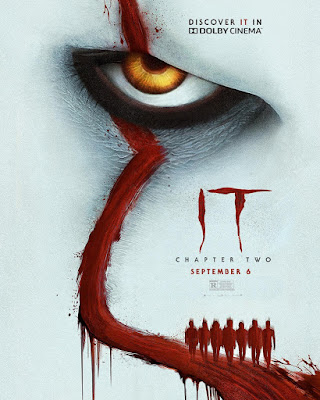 “When you're a kid, you think that you'll always be... protected, and cared for.
Then, one day, you realize that's not true…”

Stephen King has a lot to answer for – not least being the source material for a host of cinematic turkeys… But occasionally his manically horrific imagination brings some quality chills to the big screen such as The Shining and now we have another good one with IT.

Based on the chunky ‘80s coming-of-age novel that was previously filmed a mini-series (which itself inspired hit TV show Stranger Things) – the new IT is a classy horrific thrill ride that really delivers. 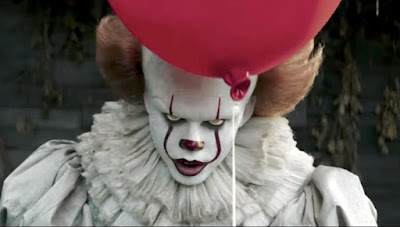 The writers have skillfully abridged the material – losing a lot of the overly gonzo stuff like cosmic turtles and keeping the core nasty narrative of an evil child-killing demonic entity that stalks the small U.S. town of Derry, Maine.

Stars of this tale are a likeable bunch of school kids known as ‘The Losers Club’ made up of: Leader ‘Bill’ (Jaeden Lieberher) whose younger brother is killed by the monstrous evil, then there is new kid in town ‘Ben’ (Jeremy Ray Taylor) and ‘Bev’ (Sophia Lillis) – the only female of the group. Also in the club are the sweary ‘Ritchie’ (Finn Wolfhard), Jewish ‘Stan’ (Wyatt Oleff), delivery boy ‘Mike’ (Chosen Jacobs) and hypochondriac ‘Eddie’ (Jack Dylan Grazer).

The youngsters are up against Bill Skarsgård’s cackling, demonic personification of evil as the clown monster called Pennywise - all sinister yellow eyes and beguiling red balloons. Pennywise can appear in a many of guises – using the children’s worst fears – and in the process single-handedly (re)kick-starting mass terror of clowns.

IT certainly provides some good scares and gets pretty nasty in places – so this isn’t a film for the faint of heart. Skarsgård’s Pennywise is an iconic baddie, packing much more of a freaky punch than Tim Curry’s ‘90s version.

One interesting point is that none of the adults in the film are anything other than abusive, neglectful or distant. The kids are the only heroes but as well as the monster they also suffer at the hand of psychotic teenage bullies. It’s no fun being a child in this tale.

If you want to a full-on horror with some fun moments and a decent pay off – this is IT!

"the fear is in the eyes"

(4 - Floats of fun and effective spookiness)

Awesomeness öööö – Many nice scenes and one killer clown

Spiritual Enlightenment ööö - Friends can help each other beat demons? 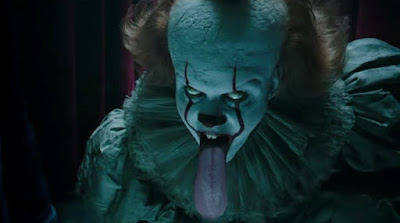 We all bloat down here…

IT’s back - twenty-seven years after their first encounter with the terrifying Pennywise, the Losers Club have grown up and moved away, until a devastating phone call brings them back.

Kicking off by checking in on each of the ‘Losers’ – so we find Bill (James McAvoy) an author still eaten up by guilt about the death of his brother Georgie. Beverly (Jessica Chastain) is suffering at the hands of an abusive husband and Eddie (James Ransone) is still nervous about everything.

Ben (Jay Ryan) is no longer the chubby newcomer – he’s transformed into a regular sexy dude. Richie (Bill Hader) is a stand-up comedian who doesn’t let people know his sexuality. Stan, (Andy Bean) is terrified of returning to Derry and then there’s Mike (Isaiah Mustafa), the only one who stayed in Derry and is the one who calls them all back. 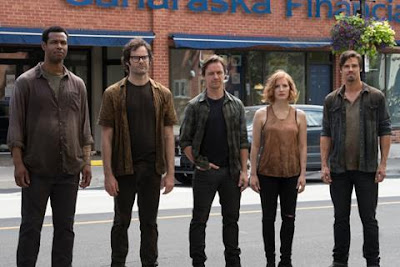 The plot tips a nod about Bill not being able to end a film adaptation of his work well – and people criticising the endings of his books – which is due to lots of people not liking King’s ending of IT in the book / miniseries. Then goes on to deliver a long, drawn out plodding 3 hours that contains a few effective scenes but way too many tacky jump scares and some really rubbish CGI.

Pennywise the Clown (another committed turn from Bill Skarsgård) is scary when in his diabolical many toothed clown forms but much less so when turned into a comic looking stretched CGI hobo. The ‘scary’ scenes also don’t build up but rather each all feel self-contained, so the overall tension is lost time and again.

The cast do a good job but the movie is undone by its bloated running time, indulgent pacing and general lack of real jeopardy. The film is exceptionally long for a horror and really feels it, whilst Stephen King fans might lap up the attention to detail, the audience I saw this with were getting restless. 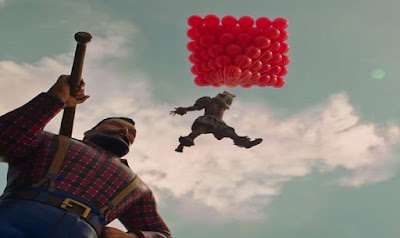 There is some great, iconic even, imagery and the chemistry between the adult iterations of the Losers Club works well. Pennywise is a superb creation so it makes it such a shame that by two thirds in I was so bored. Director Muschietti does what he can – it’s not all bad – it just feels a shame that it is much less effective than Chapter One.

Spiritual Enlightenment ööö - Huge shoes to fill...
Posted by Matt Adcock at 11:14 am