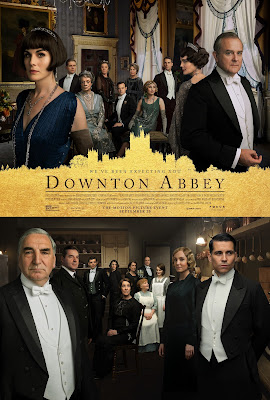 'Do you have enough clichés to get you through the visit?'

Much loved aristo-life ‘upstairs / downstairs’ TV show makes the jump to become a rather lovely upper-middle-class-em-up cinematic event. Downton Abbey the TV series has a huge following of over 10 million so it’s not really a surprise that director Michael Engler brings it to the big screen for the ready-made audience to enjoy.

The plot sees King George V (Simon Jones) and Queen Mary (Geraldine James) paying Downtown a royal visit and setting many cats among the pigeons of the serving staff by announcing that they will bring their own staff to cook, clean and serve them. 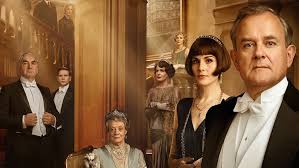 "nobody smiles - nobody gets hurt"

Screenwriter Julian Fellowes, who has Downton Abbey form, does a great job of bringing subplots that include drama, tension and comedy together to make some jolly good viewing.

All of the cast get moments to shine including the royals - Princess Mary (Kate Phillips) comes to Downton but is having problems with controlling husband, Henry Lascelles (Andrew Havill) meanwhile good egg Bertie Pelham (Harry Hadden-Paton) however is still being lovely to Edith Crawley (Laura Carmichael) but is torn when asked to do a royal duty.

There is even room for some mild action for Tom Branson (Allen Leech), the Irish ex-chauffeur, and widowed son-in-law of Robert Crawley (Hugh Bonneville), the Earl of Grantham. Things get tense when a dodgy Captain Chetwode (Campbell Moore) seems to want to check that his Irish loyalties won’t jeopardise the forthcoming King's parade. 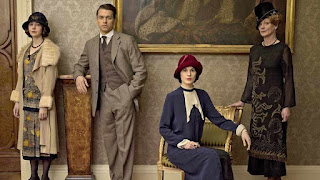 Branson also gets some love interest in the form of lady’s maid Lucy (Tuppence Middleton) who serves Maud Bagshaw (Imelda Staunton). Then, of course, there is the indomitable Dowager Countess of Grantham, Violet Crawley (Maggie Smith) who has a bone to pick with Bagshaw – and who still gets most of the best lines.

Mary Crawley (Michelle Dockery), contrives to bring Carson (Jim Carter) back which puts the nose of new butler, Thomas (Rob James-Collier) out of joint. And with mischief afoot as the Downton under stairs crew clash with their royal counterparts who are led by nasty butler (David Haig), the scene is set for comforting, feel-good fun. 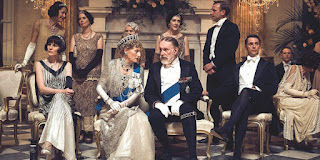 There are some stunning drone shots of the titular stately home at all times of day which is almost a character in its own right. By the time the familiar music fires up, you’ll have witnessed possibly the best ever episode of Downton Abbey – and for fans that is good news indeed!

Awesomeness öööö – If you liked the TV show - you'll love the film!