Matt Plugs In The Peripheral (review) 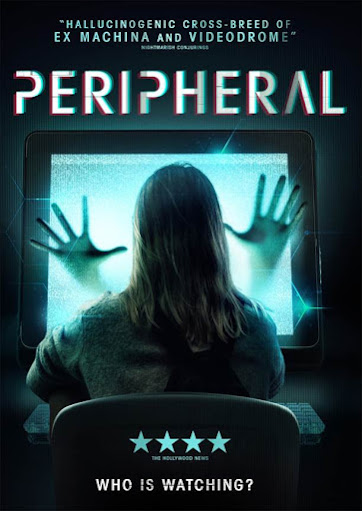 “Nobody wants to hear a writers voice”

Writing can be tough, but for hotshot Bobbi Johnson (Hannah Arterton) whose debut novel ‘Bite The Hand’ has caused a sensational social reaction as the voice of disaffected youth – it can be murder. Tasked with delivering a second book, her obnoxious publisher Jordan (Belinda Stewart-Wilson) demands she produces copy – by whatever means necessary. 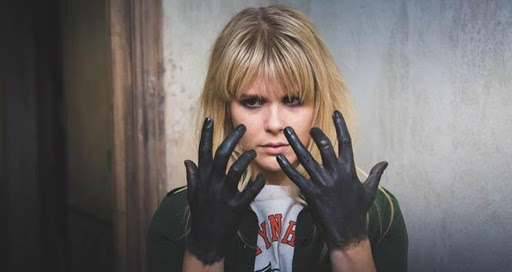 "and you thought smoking stained your hands..."

Bobbi lives alone and doesn’t use computers, preferring to write on a low-tech typewriter but as her inspiration dries up and the publication deadline looms she reluctantly agrees to have a next-generation AI ‘super word-processor’ which can edit in real-time but has a mind of its own – not adverse to changing plot details and things like the main character’s sex.

Speaking of sex, the monstrous AI computer that watches everything through a red lensed HAL-like webcam (which also looks like a disembodied Terminator eye) seems to have unnatural designs on Bobbi herself, in a nice echo of the classic chiller ‘Demon Seed’. Things get icky when the computer goes all Evil Dead tree scene updated with HDMI cables…

Anyway – as well as a pervy computer Bobbi is also being menaced by a crazed stalker who send old school VHS tapes of mutilation and her junkie ex-boyfriend really isn’t much help. As her mental health deteriorates and her hands start to turn black – it seems like her very life might be in the balance. Pressing on with more and more tech upgrades being delivered, the future looks bleak until she learns that her literary hero (a small cameo from Tom Conti) visits and says he is using the new tech too. 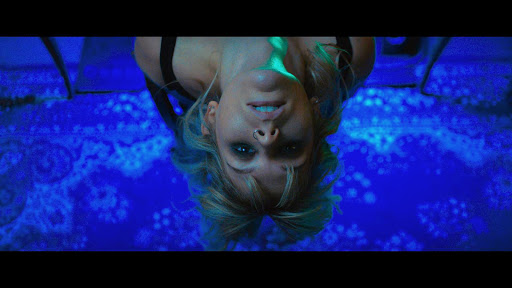 "This AI interface is so realistic"

There are a lot of fun, disturbing ideas in Peripheral but somehow alas the sum of the parts doesn’t’ add up to a satisfying whole. Arterton gives it her all in the lead role but she doesn’t have her older sister’s effortless screen presence.

As an author myself I can relate to the creative pressures and there is certainly enough here to make you wonder where we’re going as AIs become more and more part of our lives. The irony is that you need a VOD peripheral such as a Virgin box to watch this as it releases on streaming platforms this week. 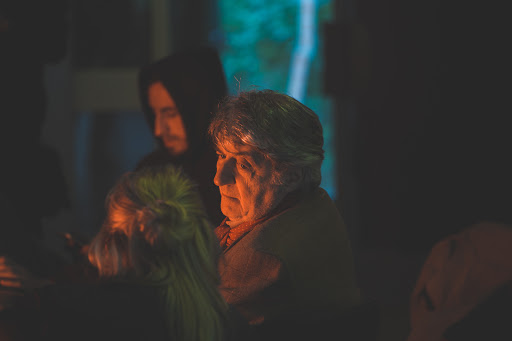 "Make sure you get an advance on that next book"