DEEP: The climb of truth

“In a board room, the transmission is received. Cameras fill one wall and certificates and military plaques fill another; a man in a black suit is sat by a large oak table and looks concerned. He reaches down and presses a button on a communications device that wears a label that reads ARCS…”

Saddle up for a hair-raising adventure of the ‘might be the end of the world’ type. DEEP: The Climb of Truth is a delicious mix of military conspiracy gone wrong mixed with zombie horror and survival action violence. Author Aggett cracks out a pleasingly fast-paced adrenaline ride which boasts a lead character in Daisy who you’ll actually care about. 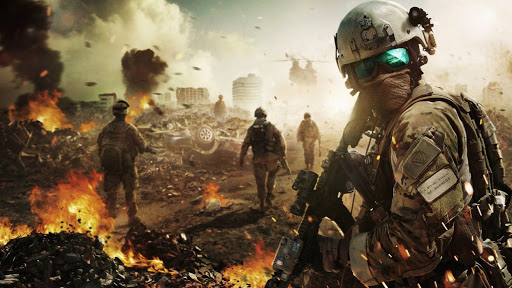 'It's the end of the world folks'

With a plot that packs in devious human baddies as well as the aforementioned zombies (you getting Resident Evil vibes or is that just me??) – Aggett imbues his plot with some nice attention to detail that allows him to show off some of his Army Air Corps British Army soldier experience. As military jets decimate zombie hoards and frantic gunfights erupt at regular points – this is the sort of action that feels very cinematic. Throw in some freaky dreams and other threats it would be a shame to spoil, all in all you’ve got yourself a book that you really don’t want to miss out on!

I was hooked from the start and enjoyed this rip-roaring adventure which keeps you turning pages like you’re swiping right on the hottest pics tinder ever.

Out of a potential 5 - you have to go with a Darkmatters:
ööööö
(5 - Balls to the wall zombie action that packs heart)
Buy some DEEP action here 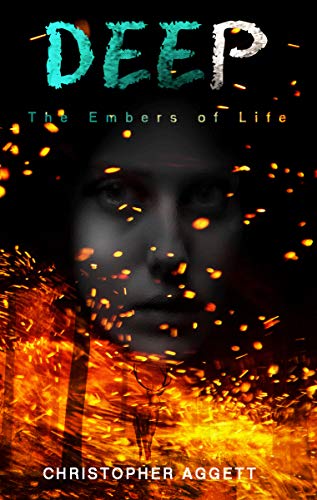 DEEP: The Embers of Life


“﻿﻿…he gasps for air as Daisy plunges the sharp curved blade into his stomach. He wriggles violently as she drags it upward. He holds onto Daisy's blood-soaked left hand in an attempt to stop her yet she easily overpowers him.”


OK – just when you thought it was safe for Daisy – here comes a sequel that ups the ante in terms of danger, action and erm, sexy times for the DEEP heroine…

DEEP: The Embers of Life is a kick-ass follow up that takes the excellent end of everything action of the first book and builds a convincing and exciting second adventure. How will Daisy survive when she doesn’t know who she can trust and a time of tranquil existence comes to a violent end as the enemies of the near past catch up with her. 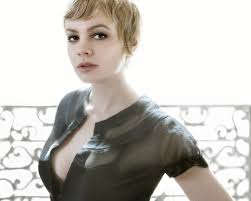 'I'd vote Carey gets to play Daisy in the film...'
Aggett has navigated the tricky second novel like a boss. The DEEP franchise comes out for a second round with a rounder story and a change of pace and yet by the time you get to the end you’ll be rooting for Daisy to get a shot at a happy ending.

With some great new characters, lots of dark secrets and the dastardly ARCS back for more – DEEP: The Embers of Life delivers a shocking action punch to the frontal lobe and cements Aggett as an author to watch.

Let’s hope there is more to this book series to come!!

Out of a potential 5 - you have to go with a Darkmatters:
ööööö
(5 - Engaging, must-read follow up!)
Buy some more DEEP action here