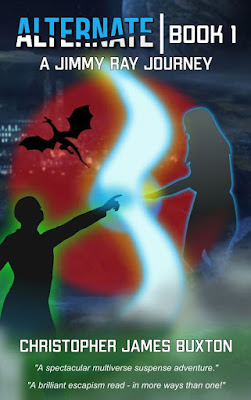 Alternate
Christopher Buxton (@cbescapenovels)
Reviewed by Matt Adcock (@Cleric20)
"Back at Alternate HQ, the Operator excitedly placed his hands behind his head, feeling a small dose of astonishment. ‘It’s preposterous that it exists!’ he exclaimed."
What if we could jump between alternate timelines / universes?
Well in Alternate that’s exactly what humans have worked out how to do. Meet Caspian – one of the first explorers to make the leap across the multiverse. Unfortunately, it’s possible that you might not make it back…
I asked Chris what his inspiration behind Alternate was: “My job is ok but doesn’t allow me to be creative. I got bored and fed up of not being able to produce something that was my own ideas. I had been reading and listening to books for 2 or 3 years, then one day watched a film called Bandersnatch. I thought it was something never done before, and so creative. And so became inspired to have a try at creating my own story - my own imagination etc. Also it was a healthy escape from reality for me. Writing and focusing on the story helped to block out the world and all the general stress of work - money - family - parenting etc.” 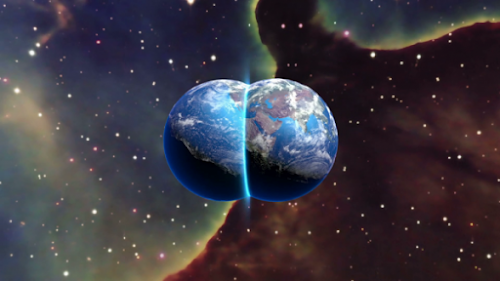 'What if we're not the only universe out there?'
So, is Alternate a good read? I took a little while to get into it but once the reality jumping action kicked in, I found it a fun book which delivers lots of thought-provoking ideas and some solid sci-fi adventures. Jimmy Ray is the hero of the piece and he gets partnered up with a wild card female agent Cia whose father has been lost in an alternate universe.
My favourite element was the internal AI assistant that the agents have embedded in their eyes which answers to the name ‘Lens’. The plot takes in mad scientists, alternate pubs and fire breathing dragons – it’s quite a mix. Chris’s writing style takes scientific details and fantasy and fuses them into a fascinating romp. It’s worth checking out.

Out of a potential 5 - you have to go with a Darkmatters:
öööö

A usefull review. This book sounds like my kind of thing, very intersting indeed. Will definitly buy a copy. Thank you Matt.