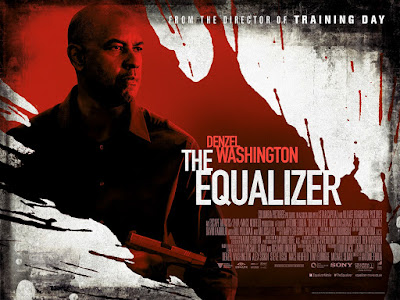 "Got a problem? Odds against you? Nowhere else to turn? Call the Equalizer…”

As a boy in the ‘80s I would fervently watch Edward Woodward righting wrongs as The Equalizer on TV – and dream of several things, which included owning Jaguar and trench coat, having shady CIA connections who I could call in favours from and generally being a total badass crime busting hero by the time I reached middle age. Of those dreams only the trench coat and the age thing actually happened (unless my job at the London School of Theology is just a front to throw you off the scent). 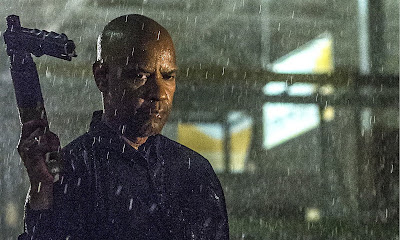 Anyway – here we have The Equalizer / Robert McCall reinvented for the big screen in the cool, calm, charismatic form of Denzel Washington. Director Antoine ‘Training Day’ Fuqua works well with Washington – delivering an epically violent take on the lone hero can save the day well worn plotline. 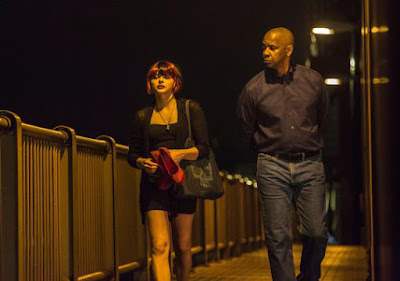 McCall is a retired intelligence officer who believes he has put his special forces past behind him by stacking shelves in hardware store. By night he reads in a local café, wracked with insomnia, it is here he meets a young girl named Teri (Chloë Grace ‘Kick Ass’ Moretz). Teri is in all sorts of trouble, being violently pimped out by nasty Russian gangsters, so McCall decides to help her – and by ‘help’ I mean wage a ferocious one-man war on the entire Russian mafia – as you do.


There is much to enjoy as Denzel goes to work, armed with various hidden skills and the occasional power tool borrowed from his day job that enable him to serve his vengeance initially on Teri’s behalf. By the end - and after a hefty body count - he has fully taken on the role of ‘The Equalizer’ to the point where people can contact him for help via the internet. 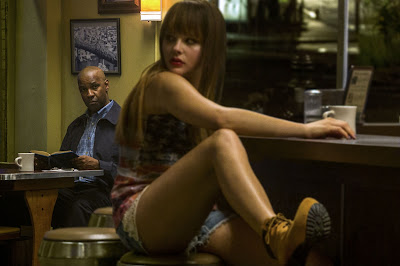 Washington did a similar vengeful role in Tony Scott’s Man on Fire and The Equalizer could be seen as soul mate film to that master class in violent retribution. The criminals ‘equalized’ are some very dodgy characters so once you get past the fact that McCall’s methods of bringing justice almost always leave a trail of dead bad guys, the stage is set for some wish fulfillment for anyone who has ever been brutalized and unable to fight back.

If you have a film viewing choice problem, if no-one else can help - call the Equalizer.

Laughs öö – not much funny business

Spiritual Enlightenment ööö - fight for those who cannot