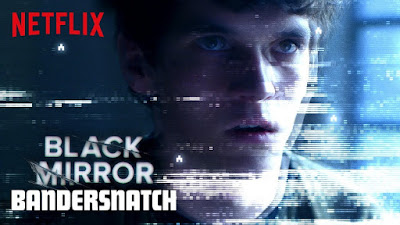 "You think Pac-Man is a happy game? It's not, PAC stands for 'Program and Control'..."

i. Load up Netflix

ii. You enter a brief tutorial, specific to the device being streamed on, explains to the viewer how to make choices.

iii. You have ten seconds to make choices, or a default decision is made.

iv. Once a playthrough ends, you are given an option of going back and making a different choice.

v. The average viewing is 90 minutes, though the quickest path ends after 40 minutes.
(My viewing experiences so far have varied, witnessing each ending through re-choosing options...) 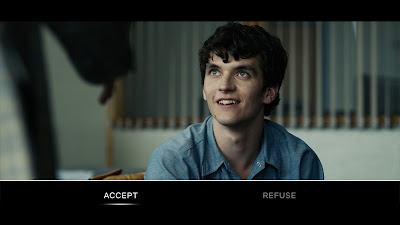 Back in 1984, young Stefan Butler (Fionn Whitehead), a game designer, has a dream of adapting Bandersnatch - a "choose your own adventure" book written by Jerome F. Davis (Jeff 'Tempest' Minter) into a computer game. The book author Davis was a troubled genius who descended into madness and cut off his wife's head, so that's not very promising...

As the viewer, you are given the choice to pick which breakfast cereal Butler gets to eat, which '80s music he listens to on the bus etc. It's slick and feels intuitive - this really might be the future of TV we're witnessing here... Plus you can really pirate this format which is likely to please studios... 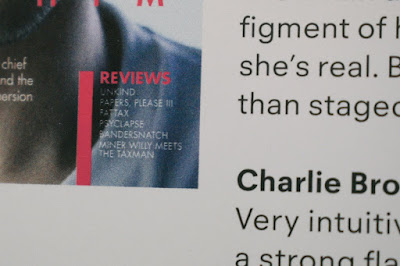 Butler's game would be revolutionary - a non-text input 3D adventure video game in a time of 2 D tape-based games on the ZX Spectrum and Commodore 64. Leading video game company Tuckersoft, run by Mohan Thakur (Asim Chaudhry) who employs the famous game creator Colin Ritman (Will Poulter) is interested. Butler is given the choice of accepting or rejecting help from the company in writing the storylines. This is a major plot point where you as a viewer can 'fail' and have to restart with a quick flashback of decisions up to that point. If you accept the offer, Ritman says he chose the "wrong path" and you get to live the day again, being given the same choice - pick it again and the film ends. 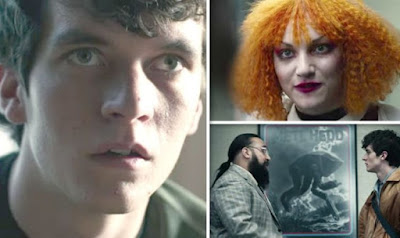 I won't share any more plot but there are several key players in Butler's life that include therapist Dr. R. Haynes (Alice Lowe) who helps him discuss childhood traumas and his father Peter (Craig Parkinson). Charlie Brooker's writing is so good that as he incrementally breaks the 4th wall, it gets to the point where we are made to feel accountable for our actions. 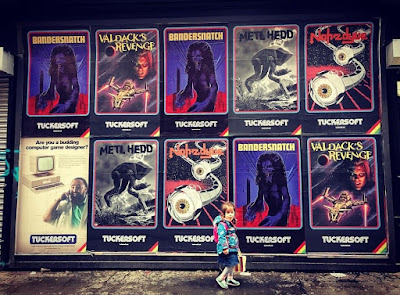 
Bandersnatch really might change the future of how we consume TV media - it is at the vanguard of the game/ film fusion. It's impressive in being able to immerse you in the action and as a gamer (who as my wife says 'spends too much of my life in virtual worlds') - this feels like a natural next step. Hat's off to Netflix for pioneering this! 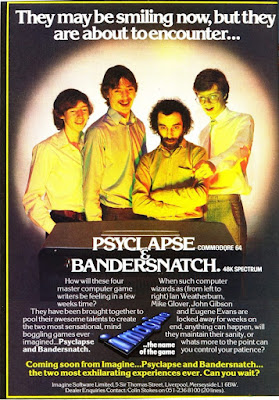 Turns out there was an ill-fated game named ‘Bandersnatch’ developed by a UK studio back in 1984, which is the year ‘Bandersnatch’ the Black Mirror episode takes place...

Like most Black Mirror episodes - there is a sinister underbelly, some graphic language and violence - wrapped up in an engaging mystery. With plenty of pathways to alter the plot and deep 'easter eggs' to be found through seemingly arbitrary choices, it makes for a brilliant experience. The production values are great, the attention to '80s detail superb (if you lived through tape loading computer games it's a rush to get to see behind the scenes)... 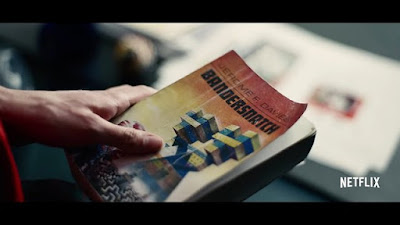 'reading can be dangerous fun'

If this is the future then Netflix surely owns it and with a very cool re-watchability factor i'm all in on it!