Reviewzilla: Godzilla King of the Monsters 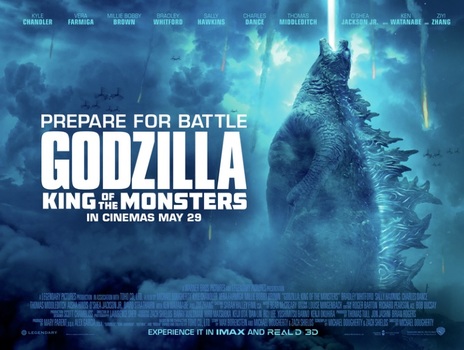 Godzilla: King of the Monsters (12a)


“Sometimes I think this is Godzilla's world. We just live in it.”

The God-Lizard kaiju himself is back on the big screen and he’s here to kick-ass. Godzilla: King of the Monsters brings more monster on monster combat than anyone might ever need – these giant beasties look great and smash everything in their path. Fans of wanton wreckage are certainly in for a treat as literally there’s more city destruction in this film that all of the Transformers have managed to date.

Yep, if it’s monster mayhem you want, sign straight up. But, and it’s a Godzilla sized ‘but’ – the plot, human elements, script and general storyline are so weak it undermines the action.
Director Michael ‘Trick r Treat’ Dougherty doesn’t have to worry about origins so if free to jump in with a crazy selection of Godzilla’s greatest monster friends and enemies and crash them together as much as possible. There is an effective sense of scale at play (although plot holes such as ‘how does Godzilla wade through miles deep oceans alongside boats, looking like the waves only come up to his substantial belly?’ undo some of the good work). 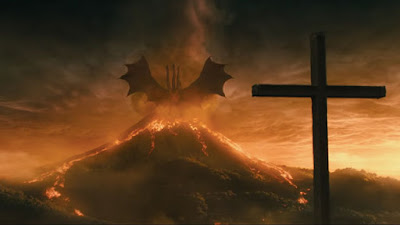 The movie tries to have a beating heart core around a broken family: parents Mark and Emma Russell (Kyle Chandler and Vera Farmiga) who both have connections to the shady monster tracking agency Monarch. Emma’s made a device known as ‘Orca’ which can send out sound waves recognisable to the monster and that makes her a target for anyone looking to, oh I don’t know… make them attack civilisation!?

Mark, however, travels the world photographing wildlife – but is drawn into the monster action when their daughter Madison (Millie ‘Stranger Things’ Bobby Brown), is kidnapped along with Emma by enviro-nut ecoterrorist Alan Jonah (Charles Dance). 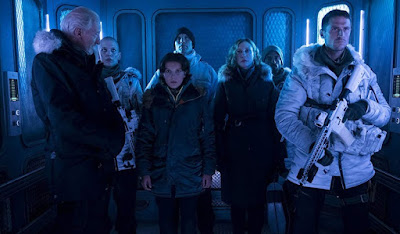 Enough about the plot – all you really need to know is that the big ‘Titan’ monsters (including lumbering references to a certain King Kong but he’s not allowed out to play this time) destroy stuff, fight each other and destroy some more. The special effects are great – ‘King’ Ghidorah a three-headed alternate alpha seems to be pulling the strings. For an example of the script when the scientists say ‘Ghidorah’ for the first time one of the other cast members mugs to the camera asking ‘gonorrhoea?’ – boom boom!? 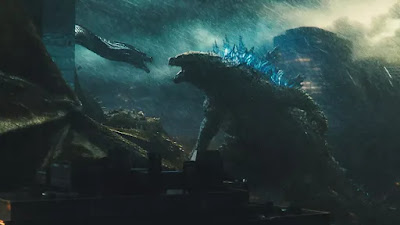 This kaiju-em-up is big on monsters but weak overall.

(2 - all is destroyed including the script)