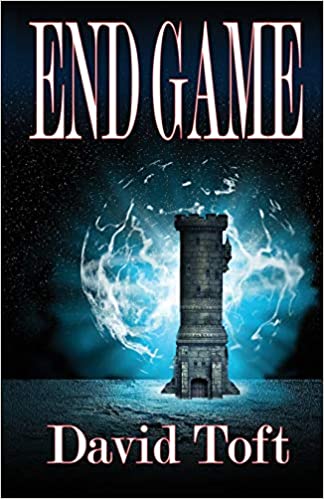 “Wilson gasped and looked down. A crawling infant had locked its teeth around the back of his ankle. He shook his leg free and then kicked the child away, punching out with a fist at the same time and sending a headless body reeling back into the crowd.”

Welcome to a dark very near future where all around the world a wave of suicide attacks are bringing society itself to the brink of war and worse… Previously stable governments teeter towards collapse, the authorities are at a loss against a seemingly unstoppable co-ordinated series of attacks. Leading the investigation is Scotland Yard’s Stuart Wilson, backed up by Bill Rubek from the USA. They are aided by a mystic Karrinaand they’ll need the magical back up because the enemies they are dealing with are channeling magic!!

As the carnage and anarchy mount, the authorities begin to fear what they are facing. Could it be that the attacks are being carried out by those already dead? How desperate of depraved do you have to be to sell the very soul of a loved one  into servitude of a madman?

The heroes battle mind boggling odds and some Dark Materials-esque world jumping as they encounter a race older than mankind… Who or what will be left standing as the End Game plays out?

Toft writes with a cracking pace and some nifty ideas. If you take this wild ride be sure you’re up for it to go ‘full fantasy’ as this isn’t a Line of Duty crime battle but more a Lord of the Rings magic welding tale - nicely fused with the real world bombings as part of it.

End Game is a decent read that will delight those looking for something fresh and engaging - there are bold concepts and a thought-provking mix of ancient and modern worlds.

I had the chance to put some questions to the author in order to get to know him a bit better, here is what David said:

Matt: If scientists ever managed to create a giant mecha version of you – who or what would be your nemesis?
David: - My own self-doubt, always my biggest enemy.

Matt: What is the most disturbing fictional scene you’ve ever read or watched in a book / film of any genre?
David: – The death of Bambi’s mother traumatised me as a child.

Matt: If you were hired to throw a parade of any scale or theme through the centre of London what type of parade would it be?
David: – A celebration of The British Empire, blame my 1950s upbringing.

Matt: You’re in a strange town with £100,000 that you have to spend in a single evening – talk me through what you get up to…
David: - I’d find a quiet corner in a nice traditional pub. I’d savour a few leisurely pints of their best real ale while scrolling my phone for local animal rescue centres. As the evening draws to a close I’d share £95,000 between them, paying on line. That should leave enough for another couple of pints, and for me to buy a round for the whole pub on my way out.


Matt: You’re asked for a line of ‘Wisdom’ that will be taught to every citizen on earth - what is your line?? 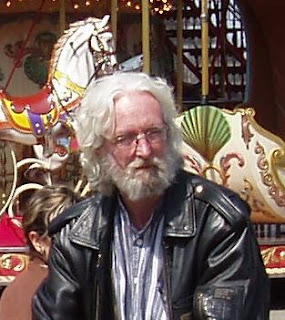 The man himself!
David: – Do no harm.

Matt: There’s a masked assailant with a gun to your head, who is most likely to be under the mask?
David: – One of my wife’s sisters – It’s a long story.

Matt: What is the meaning of life?
David: – Whatever you make it.

Matt: What was the best gift you’ve ever been given?
David: – A copy of the OED, given as a wedding present 36 (I think) years ago. I’ve used it at least once a day ever since.

Matt: If you could have a sidekick robot – what would it be able to do for you?
David: – Copy edit my WIP as I go.

Matt: What would you like written on your tombstone?
David: – Peace At Last
Out of a potential 5 - you have to go with a Darkmatters: