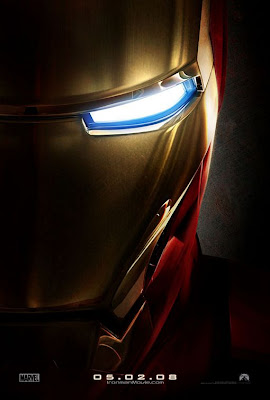 “Is it better to be feared or respected? And I'd say is it too much to ask for both?” this is the mantra of Tony Stark, multi-billionaire playboy and maverick high tech weapons dealer. Stark (a never better Robert Downey Jr.) becomes the titular metal clad super hero and unlike the multitude of tortured soul reluctant world saviours we’ve had recently, he relishes the opportunity.

This overload of male wish fulfilment also has a mouth-watering selection of hot cars (including awesome Audi R8 product placement), a high tech bachelor pad which looks like a new Tracey Island and some suitably foxy females. Speaking of which Gwyneth Paltrow manages to be less hateable than usual in her role of ‘Pepper Pots’ – Stark’s loyal PA – complete with unrequited crush on her boss.

Of course every hero needs a villain or two to take down and Iron Man gets to deliver some hot lead payback on a whole battalion of Afghan Terrorist Militants who kidnap Stark at the beginning. Then for a suitable climax he has to face a bigger badder nemesis in the form of a rival combat suit of super-powered armour codenamed ‘Iron Monger’ in a battle described by my two sons as “the most awesome thing I’ve seen this year”…

The idea that it’s only a matter of time before we see super armoured suits like Iron Man’s stomping across battlefields is quite a fearsome one, you can almost picture George Bush trying to put in a bulk order for them after seeing this!?

Iron Man works so well that he has thrown down a power assisted metal gauntlet to the other super hero blockbusters coming this year – and if you want to see him again before the hoped for Iron Man 2, word is he’ll be making a cameo in The Incredible Hulk this Summer. Surely comic lovers everywhere can see the seeds are being sown for a full scale Avengers movie that would unite Iron Man and Hulk with Captain America, Wasp, Ant-Man and Thor… Geektastic!! 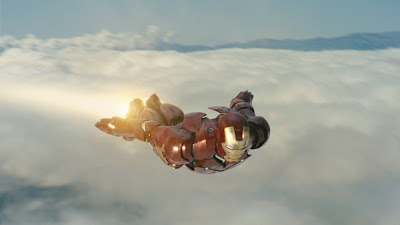 Mind Blight / Boredom: öööö (4)
- Long but not dull (girls might struggle a bit more as it's very much a 'boys toys flick'

- Does exactly what it says on the tin (erm Iron tin?)…

Liable to make you:
"start designing your own super armour suit"