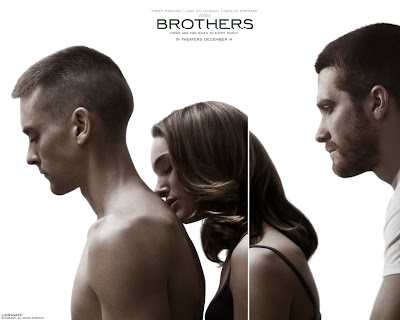 War destroys humanity, it changes people and creates victims on both sides - many seen but lots of others hidden. Brothers might be a remake of the 2004 Danish film ‘Brødre’ but it is still very timely given the multiple fronts being fought in the ‘war on terror’.

Marine captain Sam (Toby ‘Spiderman’ Maguire) has a beautiful wife, Grace (Natalie Portman) and two smashing young daughters (excellent performances from Bailee Madison, Taylor Geare). But Sam is a dedicated soldier who loves nothing better than to be with his men in Afghanistan that he says ‘feels like home’.

You just know that things are going to go bad in Sam’s fourth tour of duty and before you can say “wouldn’t it be awful if he got shot down and presumed dead” his family is being informed that he's dead after his helicopter is shot down over enemy ground. Sam however isn’t dead, he and a fellow soldier are being held prisoner by the Taliban who force them over the edge with their evil torture techniques.

In the midst of this trauma Sam’s criminal brother Tommy (Jake Gyllenhaal) freshly out of the slammer comes to be a the shoulder that Grace cries on having to deal with the loss of her husband. The fall out of Sam’s ‘death’ leaves deep scars on the family but brings some redemption for Tommy in the eyes of his ex military father Hank (Sam Shepard),

This is highly charged emotional material which is developed slowly allowing the characters to be fleshed out before throwing in the incendiary grenade twist of Sam being rescued and returning home. Things disintegrate into a spiral of post-traumatic stress disorder induced jealousy and tension which threatens to destroy the family. Sam just isn’t the same person he was when he left.

All the actors go about this with the sort of gusto that you only tend to find in the run up to awards season. The performances from child actors are amazing - exuding a powerful mix of joy mixed with anxiety as they struggle to accept their dad back in his fragile, twitchy and haunted post war state.

Brothers is a compelling watch, but don’t go expecting it all nicely tied up by the end – director Sheridan has enough respect for the harsh subject matter not to proffer a twee solution to such a harsh reality.

Sam gets bitten by a radioactive spider, develops superpowers and goes straight back to Afghanistan - and defeats the Taliban single handedly... whilst Grace and Tommy get together whilst he's away... 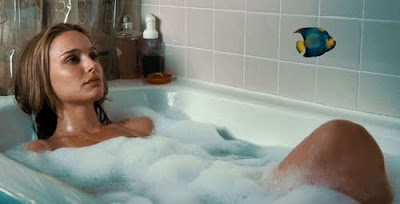 "Natalie Portman goes for the 'soft soap' approach in Brothers"
Posted by Matt Adcock at 5:12 pm