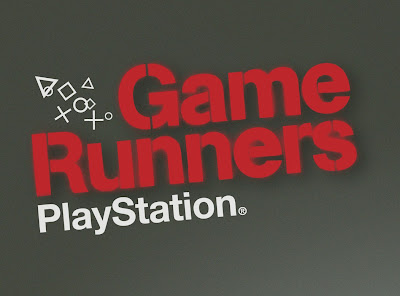 This is an experimental project where PlayStation, members of the public and young people from diverse backgrounds come together to create social games. PlayStation believe the best games are played as a group.
The project has been developed by PlayStation and Hide & Seek with a team of 8 initial Game Runners who PlayStation have picked to train as game designers and work to make the games relevant.
There are three games in development: Flags, Blocks & Hoops. The games are in prototype stage and during August there will be a series of playtests to develop the games.

This week I had the chance to run around the streets of London playing HOOPS and it was major fun. Plus we were victorious as the mighty 'Team Green', because although it's fun taking part, there are no points for second place!!

You can get involved in PlayStation Game Runners at http://www.facebook.com/playstationgamerunners, where you can learn about the different games, meet the Game Runners and get involved. Fans are invited to comment on the games and support The Game Runners.
The most popular game – as decided by the fans – will be selected and put forward into development and then put into action at a live event to be announced, where fans can try out the game for real.

The three games in development are:

Hoops:
Hoops is an urban adventure that takes the backyard past-time of shooting hoops to an intense new level. Played out across a large area, teams of eight must work together to discover hidden stashes of balls, find shooting points, and then get the ball through the hoop.

There are many hoops hidden around the streets, so be on the look-out... Sometimes the player will be able to shoot the hoop in one throw; sometimes, the team will have to work together to pass the ball from the shooting point to the hoop. Many teams play simultaneously, so there are lots of chances for interceptions. This is a game where teamwork, communication and a good throwing arm are key...

Blocks:
Blocks is a three-dimensional game of strategy and precision movement. Two opposing players take it in turns to place the blocks in a 2 x 2 tower. Every face of the block has a PlayStation symbol on it. When a player places a block, the symbols on all touching faces must match. Here’s the tricky bit: all the blocks are a little bit uneven, and so stacking a high tower gets harder and harder. The player who lets the tower topple, or who runs out of time to make a move, loses the game. You’ll need a logical mind and a steady hand to triumph!

Flags:
Flags is Noughts and Crosses transformed into a fun, social team game. Played on a 3 x 3 grid with a flag in the centre of each square, teams of three compete against one another to make a winning row. Players capture a flag by out-numbering their opponents on the square for a full ten-count. If you don’t get to ten, you don’t raise the flag... Flags begins as a fun and chaotic game. but players soon develop complex tactics to dominate squares. You’ll need great communication, quick thinking and fast movement if you want to succeed... 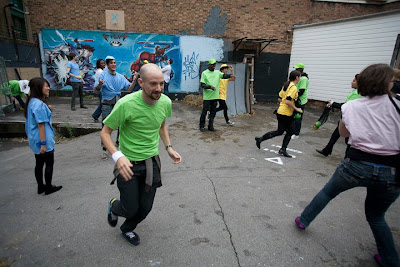 Sony Computer Entertainment Europe (SCEE), based in London, is responsible for the distribution, marketing and sales of PlayStation®3, PlayStation®2, PSP™ (PlayStation®Portable) and PlayStation®Network software and hardware in 99 territories across Europe, the Middle East, Africa and Oceania. SCEE also develops, publishes, markets and distributes entertainment software for these formats, and manages the third party licensing programs for the formats in these territories. Since the launch of PlayStation 3 in November 2006, over 38 million units have been sold globally and continue to be sold at a record level. Maintaining its position as one of the most successful consumer electronic products in history, PlayStation 2 has sold over 146.1 million systems worldwide. Since its launch at the end of 2004, over 62.7 million PSPs have been sold globally, highlighting the importance of the portable entertainment market. With the huge increase in interest and accessibility of network applications and network gaming, over 52 million accounts have registered to PlayStation Network, the free-to-access interactive environment, and over 1 billion items have been downloaded. 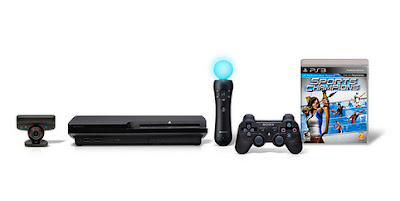 More information about PlayStation products can be found at http://www.playstation.com/.
Posted by Matt Adcock at 10:14 am