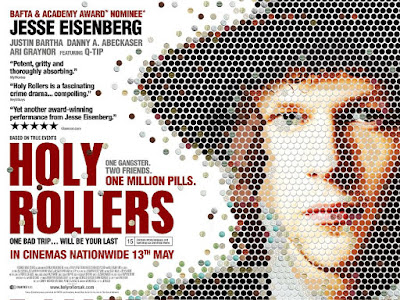 Who’d have thought that one of the biggest threats to the US in the war on drugs was actually the Hasidic Jews? Nope, not me, but thanks to seeing Holy Rollers I now know that it was the lovely ringletted Jewish young people who managed to import over a million ecstasy pills into America in a couple of years in the 90’s.

Holy Rollers might be a work of fiction but the facts of the story are that because nobody suspected the Jewish travelers – they managed to hoodwink the custom authorities and clean up financially.

Sam (Jesse ‘The Social Network’ Eisenberg) is feeling repressed by his devout father (Mark Ivanir) who is fully orthodox to the max. Enter stage right Yosef (Justin Bartha) who tempts Sam into his world of transporting “medicine” from Amsterdam for easy money. Of course it isn’t actually medicine – it’s shipments of ecstasy but Sam is hooked on the cash flow attached to this business model.

Holy Rollers takes this interesting plot and lets first time Director Kevin Asch spin it out over what feels like an eternity. Really the film drags so badly that I thought I was going to die from brain inactivity halfway through… None of the acting is bad and the production values are good, so it is fairly inexplicably as to why the film sucks so much overall.

Maybe it is because nobody seems to know exactly what tone to adopt – is it a deep study of the Jewish way of life and how it was subverted by the money grabbing drug dealers? Or maybe a crime thriller – just minus anything resembling a ‘thrill’…

If looking for a good movie this week – don’t do drugs (or Holy Rollers). 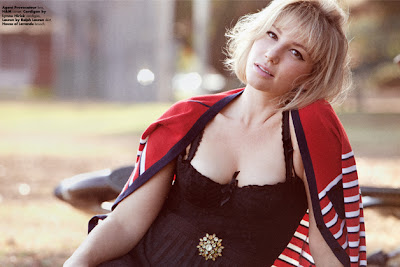