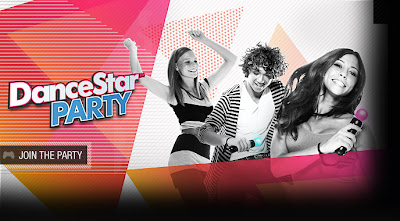 There are lots of dancing games on the market – every gaming platform has something designed to make you prance about in front of them.

I have to admit that my hopes were not high when the review copy landed at Darkmatters HQ. Rather than just play it solo we decided to stress test DanceStar Party with various age groups – from a load of kids (aged 8 -10) on a Sunday morning, with teens (who got creative when challenged to make up their own routines) and with old timers (30/40 yr olds).

So how did it fare?

DanceStar Party was LOVED by all ages.

The feedback was universally positive ranging from “Best dance game I’ve ever played” through to “I’ve never had so much fun playing a console game”… basically the kind of quotes you wouldn’t normally find outside of a Sony Fanboy convention led by Kevin Butler.

So it looks like with Christmas Season about to hit, DanceStar, a PS3 (plus Move controllers) are going to be the essential kit to get any party started.

What’s so good about DanceStar? OK well for once the choice of tracks that come on the disc is way better than most ‘party’ games e.g. I Like The Way by Bodyrockers, Pass Out by Tinie Tempah, Barbra Streisand by Duck Sauce and Ellie Goulding's Starry Eyed. 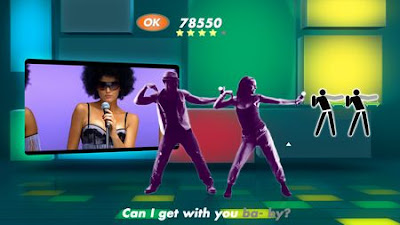 Each track has an energetic dance routine that's easily learned by mirroring the moves of the dancers on-screen – and has a handy ‘energy’ level rating as to how much of a sweat you’re likely to work up. Speaking of on screen displays – DanceStar packs the original videos for all the tracks and a ‘real’ dancer rather than some rubbish animated dancer. It is impressive stuff as the required moves scroll on from the right and snapshots / video of your own effort pop up. It looks and feels slick and the dancers are really attractive specimens which helps too!? So while you're giving the performance of your life and watching the original artists' videos, hitting the Triangle button on your motion controller switches to the camera feed and see what you look like in action.

There is also a great workout section, which could well mean that you don’t need to invest in any bespoke fitness games… No excuses now lard ass - dance yourself fit! Once you've finished your dancing, it’s fun to upload your videos and pictures to your gallery and share them with your friends - they'll be able to rate them, and give you feedback. If you’re into social media you can share your vids with other users via Facebook and Twitter – uploading is a fun part of the DanceStar Party experience. 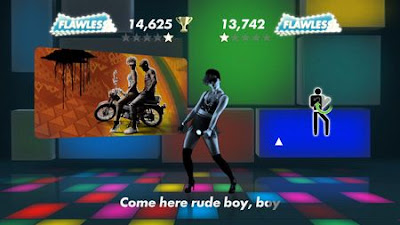 Downloading your pals efforts is fun too, as they can post not just them dancing but routines that they have created for you to test yourself against. If you think you’ve got moves then now the bragging rights are there to be taken online! New content is available to download from the Playstation Store – so it will take you a lifetime to master every track in DanceStar Party…

Sony’s London Studio has excelled with DanceStar Party – this is the dance game that could well convert those who don’t like dance games, get your gameface on and hit the floor!!

Check out the official site