Darkmatters Review: We Need To Talk About Kevin 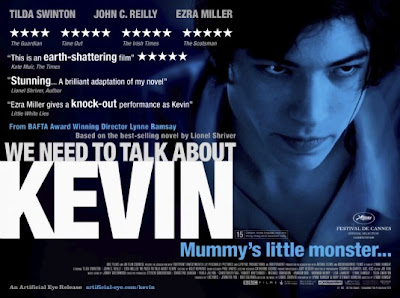 Is anyone born evil or are those who commit evil driven to it by their upbringing and surroundings? We Need to Talk About Kevin is a powerful, heart-breaking film adaptation of Lionel Shriver’s devastating novel detailing the impossibly grim fallout for the mother of a teenage mass murderer.

Kevin is portrayed as the ultimate soulless disenfranchised youth, clever and calculating – and bad to the bone. So how did modern, self sufficient and career minded Eva (Tilda Swinton – on absolutely stunning form) ever give birth to a son so utterly the embodiment of angry male arrogance who stands against all that she holds dear? Eva feels impossibly trapped in her marriage to easy going Franklin (John C Reilly) – she is a free spirit, portrayed as seeing parenthood as an unhappy chore that limits her existence.

Does the infant Kevin pick up on his mother finding him a burden and something to be endured? He certainly exhibits a hard to fathom malevolence, a cutting resentful mute hatred of his parents, his younger sister Celia (Ashley Gerasimovich) and anyone who crosses his path. The deep emotional angst and utterly dysfunctional reaction that triggers Kevin’s horrific homicidal actions drip from every frame. A clever use of the colour red, coupled with agonizing flashbacks combine to unsettle viewers and make watching We Need to Talk About Kevin a gut wrenching experience. Seeing Eva struggling to cope with the animosity and angry retributions of those whose worlds were torn apart by her son’s actions is like the worst nightmare of any parent. This might be a fictional account but the emotions generated are painfully real. 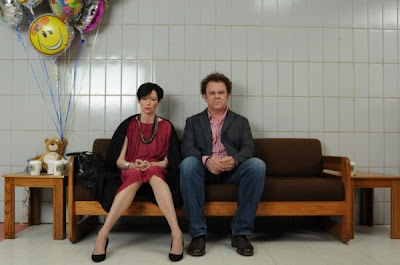 "happy families - this is not"

Kevin is brought to the screen by Ezra Miller – as the older Kevin and Jasper Newell as the younger, both deliver highly unsettling performances which are sure to stay with you for some time after the film. The struggle between nature and nurture (or ‘grace’) is one that continues to engage writers and filmmakers – We Need to Talk About Kevin is a dark apocalyptic vision of casual evil amongst us. Lynne Ramsay’s film works as a female viewpoint companion to Gus van Sant's much more macho-esq ‘Elephant’.

We Need to Talk About Kevin is an excellent but incredibly harsh viewing experience which brings issues worth exploring and debating for those who can stand the strong subject matter.

Horror ööö – horrible but not extreme 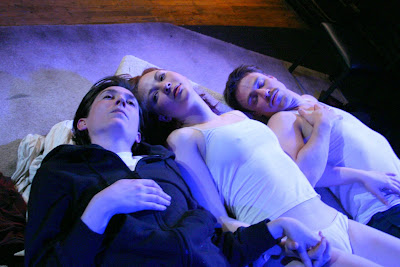