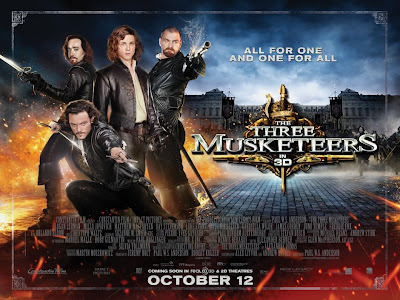 The Three Musketeers (12a)

Born to be heroes, trained to be warriors, destined to fight evil…

Yes the swash-buckling Musketeers are back after more than 20 film versions of Alexandre Dumas’ novel – and as my wife pointed out - a ‘great’ cartoon version in Dogtanian and the Three Muskehounds.

Anderson doesn’t do subtle in his movies but he does inject decent amounts of kick ass fighting against evil in the forms of nasty Rochefort (Mads Mikkelson), evil Cardinal Richelieu (Christoph Waltz) and dastardly Duke of Buckingham (Orlando Bloom). It seems that the Cadinal seeks to engineer a war between England and France to discredit France’s young King Louis XIII (Freddie Fox), so all of France looks to the Musketeers to save the day.

"this wasn't in the book"

The female component are chiefly made up of the beautiful Milady de Winter (Milla Jovovich), the cute French Queen (Juno Temple) and her hot handmaiden Constance (Gabriella ‘Dr Who’ Wilde).

Nothing feels very original but anyone who likes their swordplay action fast, furious and without having to think about how silly it is too much should be very happy here. Anderson throws in various bits from Assassin’s Creed videogames, Indiana Jones movies, references to some of his other films and pretty much anything else he can think of – including a blatant ‘please let me make a sequel’ ending.

It does however look very stylish, especially the action sequences, which benefit from some high end special effects. There is some comic relief from the OTT slapstick pratfalls of incompetent servant Planchet (James Corden) who at least is memorable.

Alas the Three Musketeers themselves are fairly interchangeable – Matthew Macfadyen is Athos, Luke Evans is Aramis and Ray Stevenson is Porthos. Everything builds up to a plot involving the Musketeers having to steal back a priceless necklace and maintain the Queen’s honour. D’Artagnan has to give the King some relationship advice along the way and manages to woo Constance while the other Musketeers look on a bit awkwardly with nothing to do but fight lots of guards.

The Three Musketeers is a loud, stupid blast, that is lots of fun while it lasts but also instantly forgettable.

Awesomeness öööö – does rock in places 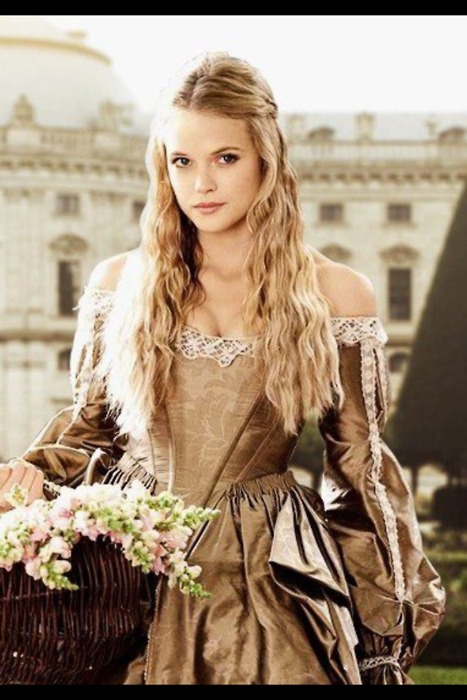