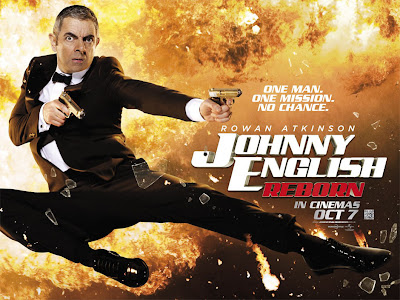 When the world is in danger, and a ruthless group of unstoppable assassins threaten to take out the leader of China – MI7 answer the call by sending in their most ‘special’ agent…

Yes Johnny English (Rowan Atkinson) is back – and he’s not lost any of his killer touch (although to be fair he didn’t have that much to start with). In the absence of a new Bond film this year, here is definitely the next best thing.

After a disastrously cocked-up mission in Mozambique, English has sought refuge in a remote Tibetan monastery where he is taught to find himself via being kicked in the balls. It seems the true peace and acceptance of your mistakes can only be found by dragging rocks with your testicles!? 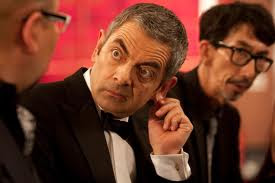 But he’s soon drafted back into MI7 and sets about being crap over and above the call of duty. If you liked the first Johnny English film then you’ll be immediately at home with ‘Reborn’ as it follows the tried and tested formula of pratfalls, cringe-worthy social crimes and general utter ridiculousness. The slapstick stupidity on display takes in lots of people getting hurt by mistake as English bumbles his way through the fairly predictable plot.

There are a couple of really funny moments which will be what stay with you should you choose to accept the mission to see this good-natured sequel. Look out for the ‘mind control’ dancing scene in particular which had the entire audience screaming with laughter. Also laughing in the face of danger are quality supporting turns from Gillian Anderson as new boss of MI7 (now operating from Toshiba sponsored HQ) and Dominic West who plays pantomime baddie / double agent Simon Ambrose.

Obligatory but unlikely love interest for the Brit super spy comes in the shapely form of Kate Sumner (ex Bond girl Rosamund Pike) who sizzles and straight faces admirably as Atkinson spazzes in fine style. Pick of the spy gadgets has to be the gorgeous voice activated Rolls Royce which is pretty much a character in its own right. 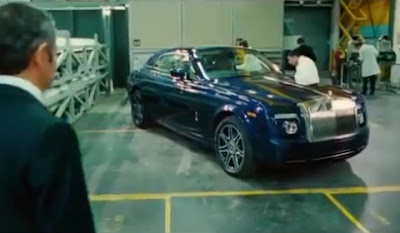 
Johnny English Reborn is immature, lowbrow and still very amusing. I took my 10-year-old son and his mate to see this and they laughed loud and long throughout. So if looking for an all age crowd pleaser, the man for the job just might be agent English – as they say ‘a little intelligence goes a long way!’

Spiritual Enlightenment öö - idiots can save the world