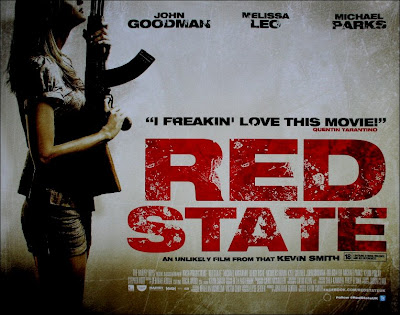 ‘It’s going to get Biblical!’

Before you can say ‘meh – I’ve seen too many of these stupid raunchy road trips’, viewers are thrown head first into the very heart of darkness as the teens are drugged and prepared to be executed by a hyper-fundamental Christian religious sect.

What happens to Travis (Michael Angarano), Jarod (Kyle Gallner) and Billy-Ray (Nicholas Braun) is the stuff of torture-em-up films like Hostel – and then just when you think you have the film pegged the tables are turned again when the authorities led by Joe Keenan (John Goodman) arrive and a full scale gun siege kicks off.

Red State turns out to be a really though provoking ‘what if’ that riffs on the dangerously crazed far right end of the Christian religious spectrum. This sinister fundamentalist group called the Five Points Trinity Church are led by charismatic but deluded pastor Abin Cooper (Michael Parks). The groups vitriolic hatred of homosexuals and anyone sexually promiscuous – plus Evangelical Christians for being too soft is just utterly disturbing!? Cooper preaches a malicious fire and brimstone damnation philosophy so extreme that even the neo-Nazi organisations have distanced themselves from them. 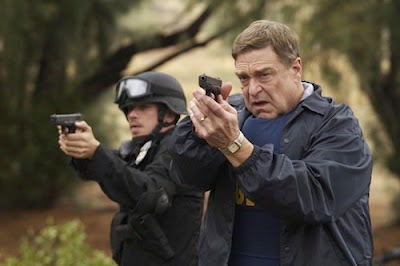 "we come in peace"

Without wanting to give too much away, Smith manages to do a decent job with the inflammatory material and gives it a heavy duty twist once the Bureau of Alcohol, Tobacco, Firearms and Explosives (ATF) agents try to storm the Church compound.

As a Christian myself I was fascinated by the moral stand off interplayed in the film and the depiction of the warped way in which Cooper and clan twist the Bible to suit their own hateable prejudices. I’d be gutted however if anyone watching dismissed Christianly purely on the strength of Red State.

For those who enjoy being challenged and have a high tolerance for violence and cussing the closing credits promise that “Almost this entire cast will return in HIT SOMEBODY coming over the boards in 2012.” Red State is a gut wrenching morality minefield - worth checking as there is absolutely nothing like it out there.

Laughs ööö – dark laughter to be had throughout 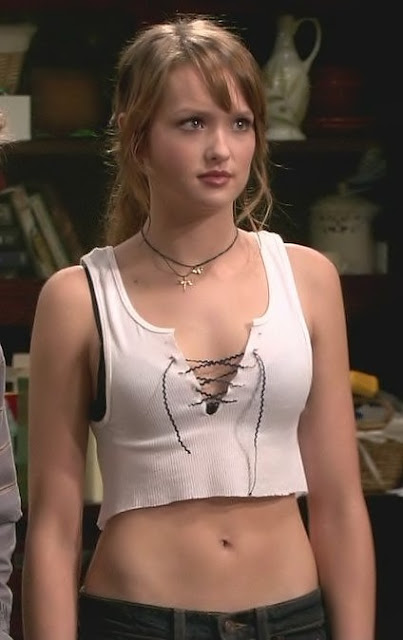 I've been up in the air about this pic since Smith seems to have lost the plot in much of his work. I hope this one pays off. Thanks!