Darkmatters Review: The Cabin In The Woods 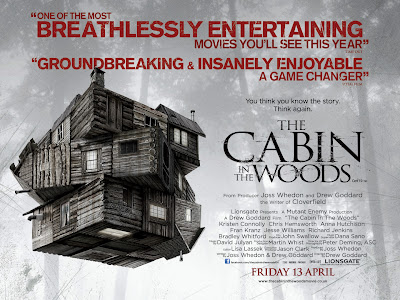 You think you know the story - five teen friends go for a break at a remote cabin in the woods, bad things start to happen.

So what is the secret lurking beneath the stereotypical creepy cabin? … And perhaps more importantly - who will survive and what will be left of them?

The Cabin In The Woods begins as pitch perfect horror in the vein of so many teens in peril set ups that horror fans know so well. But because this is being produced by fanboy favourite Joss ‘Firefly’ Whedon and collaborator / Director Drew ‘writer of Cloverfield’ Goodard things soon take a jaw dropping and highly amusing turn which rips the rug from underneath the viewers.

All is very much not what it seems – and in the interests of not wanting to dilute the pure pleasure of seeing and working it all out for yourself I will not explain anything, just to say that you might never watch a reality TV show in quite the same way ever again. What The Cabin In The Woods does best is balance some serious disturbing gore and horror with some fantastically well observed laugh out loud comedy moments. It is this knowing interplay between the two that makes the film romp along so well - dragging the audience screaming with equal parts shock and delight in it’s wake. Yes it gets pretty nasty at points and I certainly wouldn’t recommend anyone squeamish or easily disturbed taking a trip in these woods but for horror fans looking to have their worlds shaken up by a game-changing blast of scary endorphin stimulation – this might be the best horror film to hit for years!

Spotting the masses of horror film references throughout is a fun additional bonus whilst the climax is so Cthulhu inspired and over the top that this is one freak-em-up thrill show you’ll never forget.

Babes öööö – Hutchinson is yummy, Connolly is yummy too 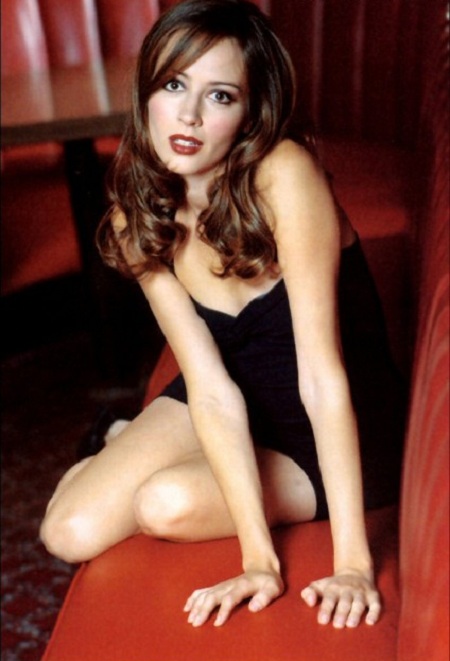 This is a hell of a fun movie that features twists that got better and better as the film went on. It's crazy that horror films can be this fun and entertaining just by smart and witty writing. However, it won't last for too long so we might as well enjoy it while Whedon and Goodard are around. Good review Matt.