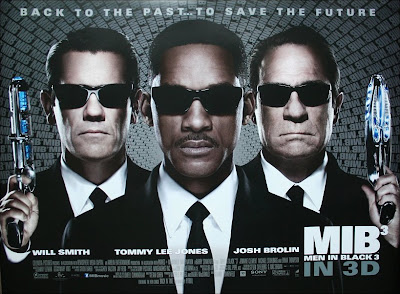 “I am getting too old for this. I can only imagine how YOU feel.”

Yep the Men In Black are back, back to save the world from the alien scum who would seek to dominate us and turn humans into their slaves… But their not getting any younger, oh wait, actually one of them – Agent K (Tommy Lee Jones) is, as here we get two of our favourite surly Agent K’s. The other K – from 1969 - is played by Josh Brolin in a cracking turn where he really channels the voice and characteristics of Jones.

The plot sees a ruthless alien criminal named Boris The Animal (Jemaine Clement) escaping from our maximum-security jail (on the moon) and jumping back in time to kill Agent K in 1969. This alters the timeline, changing the Agency and placing the Earth in danger. Only Agent J (Will Smith) can save us and so he must travel back in time to 1969 to before the murder and work with the young Agent K to save him, the Agency, the Earth.

It’s hard to believe that it has been almost 4 years since Will Smith graced the screen - he's back on good from here as Agent J, charming and witty as ever. His rapport with both Agent Ks is great and carries the fairly obvious plot. Directly Barry “Wild Wild West’ Sonnenfeld get’s his mojo back after the forgettable Men In Black 2 and delivers a good time with part 3. 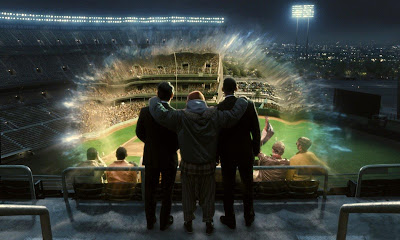 "this is a gorgeous scene, that will stay with you"

The alien special effects are suitably incredible and pretty revolting in places – there are some good jump moments too (my youngest son James actually leapt of his seat at one point). Being a Sony film there are several product placements such as Agent J obviously playing his PS3 and a kid enjoying the new Sony Move game ‘Sorcery’ but there is enough good stuff crammed into the running time to make this a fun film to catch on the big screen.

There are some great in-jokes such as Andy Warhol turning out to be an undercover MIB agent and some meaningful moments like a peek into just why the Agent K / Agent J relationship is so strong.

Men In Black 3 puts the franchise back on track after the lackluster part 2, it feels like a good way to end the series (although let’s face it, if they make enough cash there will likely be a part 4 unless they use a neutralizer on the production team). 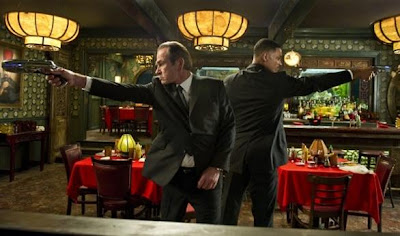 3 – back, just in time to save our future (and the franchise)

Spiritual Enlightenment ööö – save the day, whatever the cost...

Nobody was really ever praying and wishing for the third film in this series, but it wasn't all that bad. I still had plenty of fun with Will Smith and I thought James Brolin's whole impersonation/performance of Tommy Lee Jones, was spot-on and added a whole lot more comedy to the final product. Good review Matt.

I just watch this film and here is my scoop about Men in Black 3.