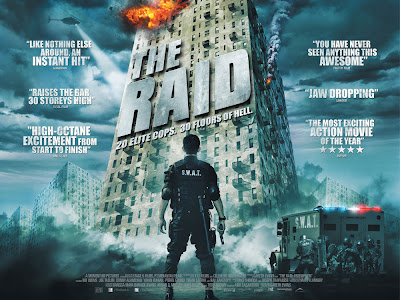 “We did not come here to do good…”

Deep in the heart of Jakarta’s slums lies an impenetrable safe house for the world’s most dangerous killers and gangsters.

Until now, the run-down urban apartment block has been considered untouchable to even the bravest of police. But cloaked under the cover of pre-dawn darkness, an elite SWAT team is tasked with raiding the safe house in order to take down the notorious drug lord that runs it – with extreme prejudice… 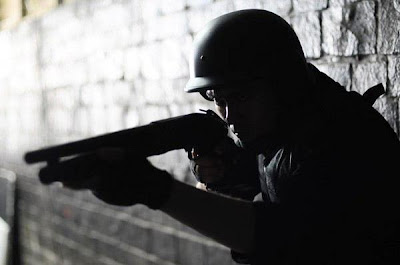 Hard as nails and flexible as an Olympic Gymnast - Iko Uwais stars as Rama, a member of the SWAT team, who quickly sees the apartment block turn into a mass police grave as the tooled up criminals demonstrate just why no rival gang has ever survived trying to assault the building. The block is such a festering hive of scum and villainy - sanctuary to killers, gangs, rapists and thieves seeking accommodation in the one place they know they cannot be touched by the law.

So that’s the plot of The Raid, and the simple premised is perfect as the backdrop to some of the most frantic, brutal battle action and violence ever to hit the screen. Think Die Hard only with crunching martial arts fights that stand alongside anything you’ve ever seen – the thrill inducing, breathless mix of action is pulse pounding adrenalin heaven for fans of films like Hard Boiled or Ong Bak or indeed the Die Hard films. 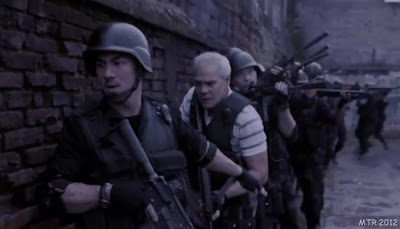 "this way for the Britain's Got Talent - armed rehearsals"

Everything just ‘works’ really well here – the grimy visual look adds to the squalid feel of the battleground, whilst the jump cut camerawork cracks a visual punch harder than the fists and feet that connect with the combatant’s bodies. The Raid borders on action perfection throughout and deserves to be entered into the all time hall of action movie fame.

If you’ve ever enjoyed a goodies vs baddies film and can stomach some serious gunplay and righteous beatings then you should make The Raid the next film you see.

5 – blows other action films away in style

Horror öööö – nasty in places, lots of 'ooh that's got to hurt' moments

Spiritual Enlightenment ööö – somethings are worth fighting for 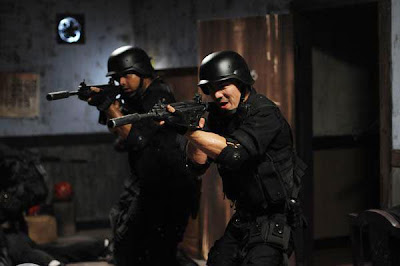 "the Call of Duty training paid off in the field"
Make someone happy (me) - check out my novel - click this banner...