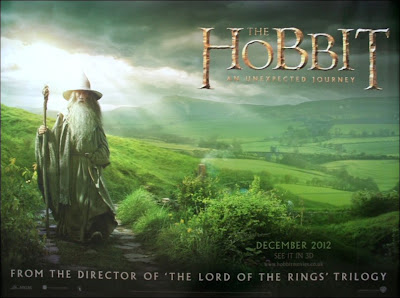 The Hobbit: An Unexpected Journey (12a)

“My dear Frodo, you asked me once if I had told you everything there was to know about my adventures. Well, I can honestly say I've told you the truth, I may not have told you all of it..."

The Hobbit: An Unexpected Journey, kicks off the prequel trilogy to The Lord Of The Rings – some might say that turning a slight book like The Hobbit into three whole films is gratuitous and money-grabbing but after witnessing the wealth of quality additional lore and fascinating backstories of Middle Earth that Jackson has imbibed it with, some might realise that this is rather a reason to rejoice in all things fantasy!? 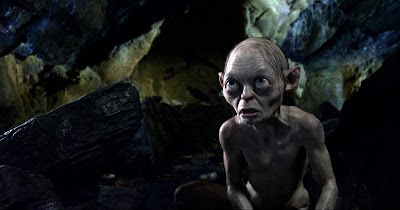 So get your hairy feet ready for some seriously engrossing questing as everyone’s fav wizard Gandalf The Grey (Ian McKellen) manages to entice young hobbit Bilbo Baggins (Martin Freeman) to join a company of dwarves on a mission to reclaim their mountain city and horde of gold which has been taken by an evil dragon named Smaug. Sounds like a suicide mission but the ‘plan’ is for Bilbo to be their burglar and sneak into the mountain.

The dwarfish crew are made up of Fili, Kili; Oin, Gloin; Dwalin, Balin; Bifur, Bofur, Bombur; Dori, Nori, Ori; and the leader of the company, Thorin Oakenshield (Richard ‘Spooks’ Armitage). Each brings a certain trait to the party but mostly this is the Bilbo, Gandalf and Thorin show – oh and a sneaky little scene-stealing guy named Gollum (Andy Serkis). 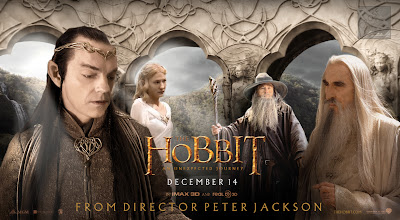 Jackson is obviously delighted to be back in Middle Earth and he unleashes some ravishing shots of the sweeping landscapes for the party to trek through and cranks up some exciting battles. In short (although it feels odd saying that as The Hobbit is almost 3 hours long) this is business as usual for Tolkien fans – replete with the added benefits of phantom menace ‘we know where this is leading’ in jokes and fantastic plot developing hints at the rise of evil which we won’t see pay off until the Lord of The Rings proper…

Baddies take the form of dim-but-dangerous trolls, slimy goblins (led by the hideously deformed Goblin King – Barry Humphries), and some very nasty orcs. The plot takes a while to get going but if you’re a Tolkien lover this won’t be a problem, deeply cynical cinema goers might quibble at the amount of exposition but even my youngest son James (12) was wrapt throughout and so I think Hobbit will be an acid test of where you are a true Lord of The Rings fan or not… 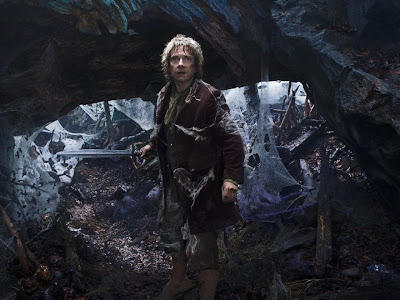 Epic fantasy doesn’t come any better – Harry Potter and Twilight are mere by-products – The Hobbit is the welcome return of the king! 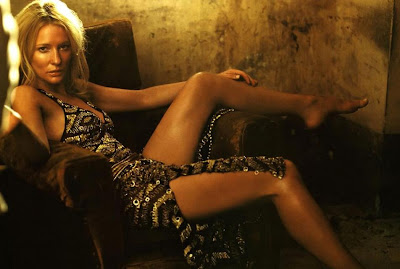 "Galadriel lets her hair down - off set"