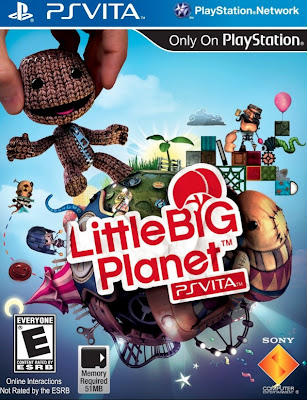 This Christmas, there is a place you need visit – it’s called ‘Carnivalia’!? The only way to get there is through the PSVITA – a portal to the circus-inspired world of Monty Python style humour, Tim Burton-esq oddity themed mystical dreamscapes and massively fun adventure…

Little Big Planet VITA sees you battle against an evil overlord called The Puppeteer - a bitter tyrant who needs to taking down through a series of Mario-ish platforming levels which make use of the many control inputs the Sony have blessed the VITA with.

You control Sackboy (fast becoming an icon for everything creative about the games industry) – a customisable hero made of sack… The gameplay is refined and delicious, challenging in places but also immensely satisfying. 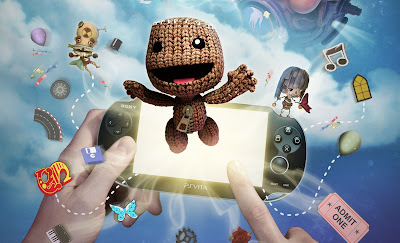 From the moment you hear the Stephen Fry voice over intro – you just know that you’re in for treat. And the best news of all is that Little Big Planet VITA is a game that comes ready to access the 7 million+ levels created by users of the PS3’s Little Big Planet 2.

The side levels and user created mini games are nothing short of staggering in their diversity and sheer grin inducing fun. Just about every popular film and other game has been emulated in some fashion and the levels are creative to the point of disbelief – as well as the platform ones there are vehicle races, battles and challenges, complete recreations of other game platforms such as Tetris like puzzlers and even first person shooters…

Little Big Planet VITA is potentially the only game you’ll need for many months as it keeps on giving as users create more and more new (free) content! 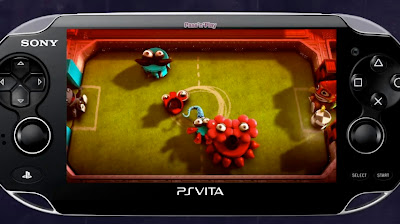 If you’ve played any of the other Little Big Planet games – you’ll have a good idea of what to expect, but be prepared for this hand-held version to immediately become your favourite.

This is the dawn of a new wave of AAA games on the PSVITA (check Assassins Creed Liberation, Need For Speed Most Wanted and Fifa 13) and a must buy for game fans everywhere!! Oh and thanks to the new downloadable control pack the VITA can now be used to control levels on the PS3 which brings additional options like using the back-touch panel and dual screens (exactly like the WiiU).

5 – A fantastic and highly creative experience all round...