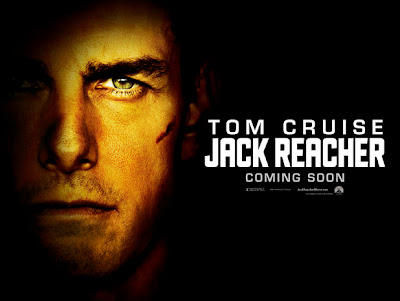 Tom Cruise hits good form as Jack Reacher – a superbly tough antihero who finds himself up to his neck in a nasty sniper killing mystery that might be more than it first seems. This first big screen adaptation of Lee Child’s best selling and long running series of action thriller novels is a high quality production that delivers on all counts. 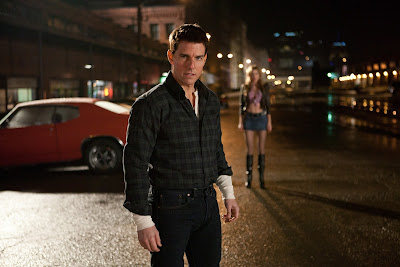 Laura who I work with is a massive fan of the books and she expressed much derision at Cruise being cast – mostly because he’s older, shorter and not as blonde as the Jack Reacher of the books, but as a newcomer to the joys of Reacher I found that Cruise fits the role really well – he certainly hasn’t been this convincingly mean and moody since 2004’s Collateral.

The plot sees a renegade military sniper take out five innocent Americans, which feels very raw in the light of recent real life shootings and director Christopher ‘Way of the Gun’ McQuarrie certainly doesn’t let the 12a certificate get in the way of some disturbing scenes. The adult tone of the film works well and the slick cinematography, genuinely gripping; twisty plot and witty script combine to create the best action thriller of 2012.

The main suspect James Barr (Joseph Sikora), a former military sniper is soon traced and arrested but instead of signing a confession he request that Jack Reacher by contacted. And before you can say ‘great mix of danger and sexual tension’ Cruise is on the case working with Barr’s lawyer, Helen Rodin (the lovely Rosamund Pike). 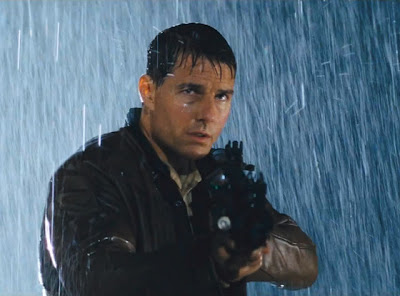 Could it be that Barr is being set up? And how is the evil master villain ‘Zec’ (Werner ‘Bad Lieutenant’ Herzog) connected? There is a nicely tangled web to be explored, punctuated throughout with tasty action scenes that include fights, car chases and shoot-outs that are exciting but not stupidly over the top.

The climactic rain-drenched endgame will resonate with fans of the first Lethal Weapon and the gunplay is pure PS3 Black Ops death match come to life as Cruise runs and guns in style. There is also a great cameo from Robert Duvall and decent support from the sexy Alexia Fast and menacing Jai ‘A Good Day to Die Hard’ Courtney. 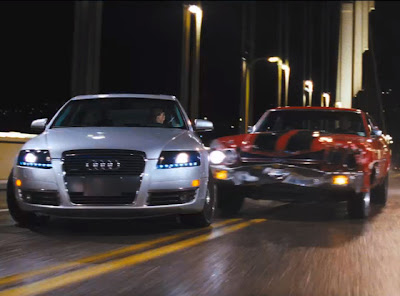 "car chase up there with The Sweeney"

Overall Jack Reacher(s) the places that other action movies cannot – here’s to sequel soon before Cruise gets to old!!

4.5 – Cruise will win you over even if a fan of the books

Horror ööö – gets a little nasty in places

Spiritual Enlightenment ööö - if you're bad, he'll come for you!

"Alexia Fast is on fire!"

The movie is pretty much predictable, the movie fails to deliver any good action scenes, combined with the fact that the movie is long and slow, make it not a great watch. The villain is overtaken pretty easily in the end- which was perhaps stupid. Would not recommend the movie..... !