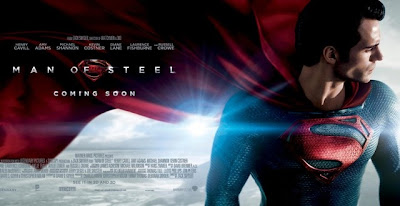 What if a film dreamed of becoming something other than what society had intended? What if a filmmaker aspired to something greater? The result would be a fantastic cinematic experience – it could be ‘super’ in every sense… Man of Steel is that film…

This big budget, Dark Knight influenced Superman reboot, carries the hopes and dreams of all DC comic book fans on its muscled shoulders. For if this falters, the chances are we will never see a full blown ‘Avengers like’ Justice League film with Batman, Superman, Wonder Woman, Flash et al...

Warner Brothers have entrusted this super-project to Zack ‘Watchmen’ Snyder, who embraces the well-trodden story of Kal-El / Clark Kent (Henry Cavill) – the good-hearted alien from Krypton who becomes the champion of Earth. 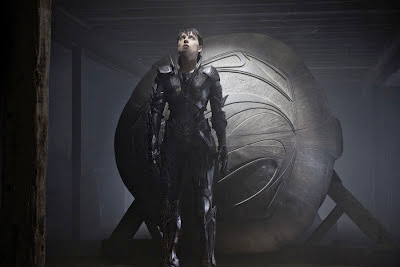 Plot wise Man of Steel plays it safe, mixing reverence for the origin tale and infusing it with a high level of CGI kick-ass action. The enemy here is General Zod (Michael Shannon) and his minions – all criminal refugees from the doomed world of Krypton who have decided to take over Earth. Shannon has a blast as the snarling super-baddie who is every bit the match for our red caped reluctant saviour. Indeed Man of Steel flies highest and delivers most when the battle lines are drawn and the super smack down kicks off.

That isn’t to say that the emotional core of the film isn’t great to witness too – Kevin Costner is on top form as Clark’s adoptive father Jonathan Kent, ably backed up by Diane Lane as his wife Martha. Their real parental love for their other-worldly son is touching and feels strong, it helps anchor the sci-fi epicness and large scale destruction wrought by the duelling super beings – that rivals flicks like Transformers for sheer spectacle. 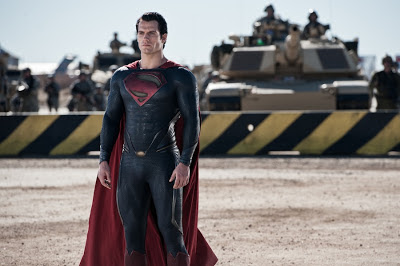 If anything loses out in this new reworking it is the funny bumbling alter ego Clark Kent that Christopher Reeve did so well. Man of Steels Clark is more of a brooding hunky drifter like Wolverine rather than the loveable Mr Bean-esq loser from the 1978 film. The love story elements are pared back too (especially in relation to the overly reflective 2006 Superman Returns).

Man of Steel is the Superman film I’ve been waiting for ever since I used to tuck a red towel into the back of my shirt collar as a 6-year-old. You’ll believe man can fly again and you’ll want to see more! 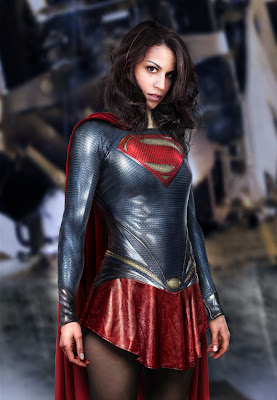