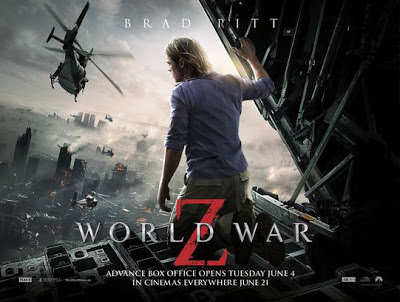 Zombies are hot property this year with the pleasing zom-rom Warm Bodies, undead cop thrills in R.I.P.D and The Returned bringing quality zombie mystery to TV along with the continuingly excellent Walking Dead. But for sheer large scale, big screen undead action we have World War Z.

Based on the novel by Max Brooks, Brad Pitt plays United Nations employee Gerry Lane, who must save humanity virtually single-handed in the face of a pandemic zombie uprising. 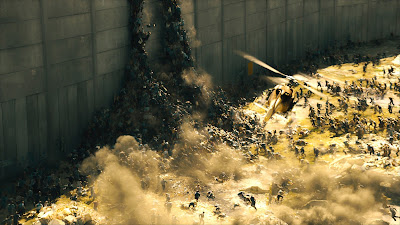 "The queue for PlayStation 4 got out of hand"

We’re thrown straight in to a seemingly normal day in Philadelphia – Lane is on a family trip with his wife, Karin (Mirielle ‘Gangster Squad’ Enos), and daughters Constance (Sterling Jerins) and Rachel (Abigail Hargrove). But before you can say ‘this is bit dull’ the Lanes are up to their necks in biting crazed zombies – and the fuse is lit for the rest of the film.

Whilst his family bunks up on a military vessel, Lane is dispatched to globetrot from South Korea to Jerusalem and erm, South Wales in order to track down where the zombie virus originated.

The zombies of World War Z aren’t your general shuffling brain hungry menace – these are twitching, sprinting, gnashing terrors who are attracted to sound and who turn normal people to their undead ranks in just seconds after being bitten.

There are some great stand out scenes of mass zombies overrunning cities and a genuine sense of threat to everyone in the story – except Lane… The biggest problem of World War Z is that Pitt is so much the star here that you never for a moment really think he’s going to die. So whilst he ineptly bumbles around the film's re-shot climactic sequence in a Cardiff World Health Organisation HQ, making noise by dropping cans of product placed Mountain Dew, there isn’t the required tension because – well it’s Brad and he’s obviously going to make to potentially star in any sequel. He is lovely though with his flowing blonde locks. 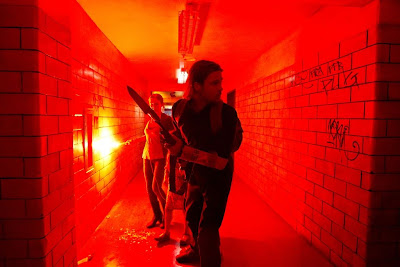 So World War Z’s tinkering with the plot and star focus won’t please fans of the book but it does provide a good-looking big screen zombie-em-up and ranks in the middle of 2013’s summer blockbusters below Man of Steel but well above After Earth.

Awesomeness ööö – not tons of action but some good stuff

Horror ööö – some horrorific bits but not really a 'horror' film

Spiritual Enlightenment öö – did we wipe ourselves out? 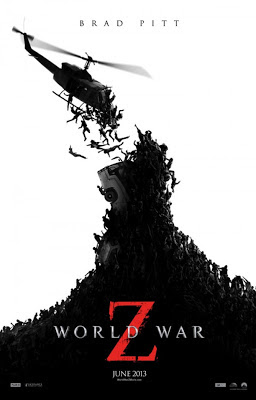 Good review. I mean, to me, they went so far from the book, that they should have just changed the title. But it was still entertaining...