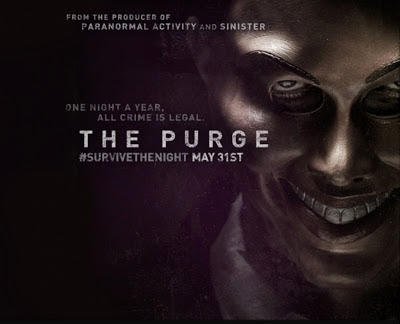 Welcome to a tale of crime and punishment, a sort of Hunger Games for adults where in a near future U.S. the government have decreed that each year on one day all crime is permitted for a 12-hour period.

Called ‘The Purge’ this night where there are no laws and no emergency services is a release’ for people to channel their murderous dark sides and attack whoever they want. This means that no one is safe and masked gangs roam the streets killing anyone they come across. So unless you’re rich enough to afford a full home security system like James Sandin (Ethan Hawke) – who has got rich selling such home defence packages – you better hide somewhere or find a weapon to protect yourself with!

The Purge’s concept is a strong one, if hopefully a little far fetched, and director DeMonaco has a lot of fun putting Sandrin and his family – wife Mary (Lena Headey), young son Charlie (Max Burkholder) and teen daughter Zoey (Adelaide Kane) – through a night of hell. The family think they are safe in their high tech protected luxury home but when Charlie lets a desperate homeless man (Edwin ‘All The Boys Love Mandy Lane’ Hodge) take sanctuary in their walls, it draws attention of a group of masked lunatics led by a chilling, polite and ruthless rich kid psycho (Rhys Wakefield).

The violence, when it comes – and it does – is seriously brutal, potentially pushing the limits of a 15 rated movie. There is some wry social commentary at work here too though which lifts The Purge from just being another nasty low budget effort and adds enough dystopian ‘what would you do’ dilemma to keep you busy discussing it afterwards.

Everything is well put together and boosted by some nifty additions such as a first-person feed from a freaky radio controlled unit - a one red-eyed doll on tank tracks built by Charlie. The cast goes about the bloody business with gusto and all are good even if Wakeman steals the show with his icy American Psycho-esq main bad guy.

If you can stand the violent content, then The Purge is a strong dark thriller with an interesting premise and decent scares. The notion of a society with no law – where those who want can attack you without consequence is actually is actually more terrifying than any ghostly efforts you might see this year. 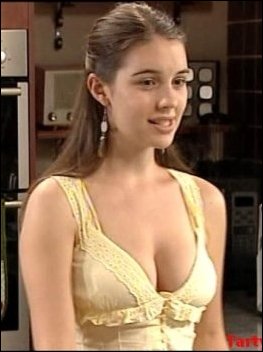 "Kane is going to be a star"