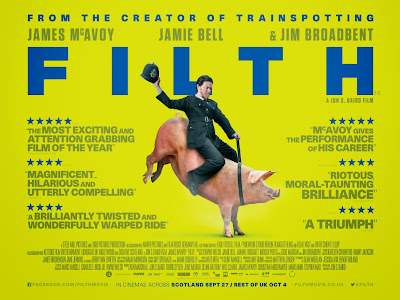 “Ah – you wanted to stamp it out from the inside?”


Prepare yourself for a seriously messed up, unhinged, sordid and utterly morally destitute tale from the mind of Irvine ‘Trainspotting’ Welsh.

Yes Filth by name and pretty much filthy throughout – this isn’t a film for those adverse to copious swearing, drug use, disturbing psychotic scenes and sexual material... But even though Filth director Jon S. ‘Cass’ Baird takes a running jump over the boundaries of good taste – the film works thanks almost entirely to a powerhouse performance from James McAvoy in the lead role.

The plot of Filth follows the unhappy Police Sergeant Bruce Robertson (McAvoy), a broken, bitter man whose corrupt heart is eating him away from all sides. Bruce is a bipolar, bigoted junkie who strives to manipulate everyone around him. He’s the ‘wrong arm of the law’ writ large and we get to spend a festive season with him watching him struggle to keep a grip as freaky guilt induced hallucinations crash into his waking hours.


All he wants is to secure the promotion to detective inspector that is in the offing because he thinks that getting the promotion will help him win back his estranged wife and daughter. 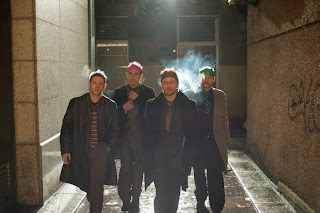 Caught up in the maelstrom of Bruce’s self-imploding life are his work colleagues who include promotion rivals such as young gun Ray Lennox (Jamie Bell) and hotshot sexy WPC Amanda Drummond (Imogen Poots). Bruce however works tirelessly against his teammates, right under the nose of the unwitting Chief Inspector Toal (John Sessions).


As Bruce tries to turn his colleagues against one another by stealing their wives and exposing their secrets, he begins to lose himself in a web of deceit that he can no longer control and his sanity starts to slip.


Can anything save Bruce as he careers headlong into a messy moral void? It might not be pleasant subject matter but it is a riveting / revolting ride watching to see if he can keep his grip on reality long enough to disentangle himself from the tidal wave of filth… 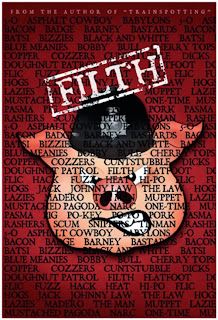 Filth is superbly put together, due in no small part to the excellent editing assisted by Luton’s Steve Worsley who also worked on Judge Dredd.


Funny, filthy and harrowing – Filth is a grimy treat for those who can deal with the seedy underbelly of modern life. And as a Christian, I have to say that Filth is a hard watch, but there is a morality lesson to be had from this tale...

Awesomeness öööö – nasty and grim but gripping too

Laughs öööö – very funny but it's such dark humour... 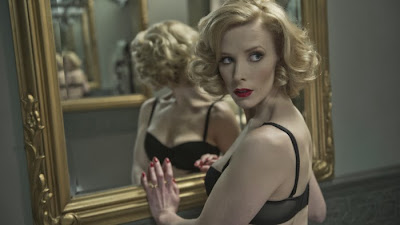