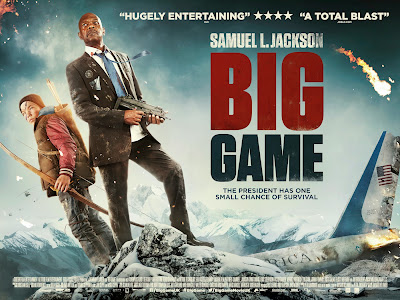 Read the newspaper version of this review over at the: Northampton Chronicle & Echo

‘Die Hard’ in a Forest… Just with the Bruce Willis role morphed into a young teenage kid. If you like the sound of that – then Big Game is the film for you.

When Air Force One is shot down by terrorists over a rural mountainous area of Finland, the President of the United States (Samuel L Jackson) is stranded in the wilderness, and finds himself hunted down by a team of ruthless mercenaries. 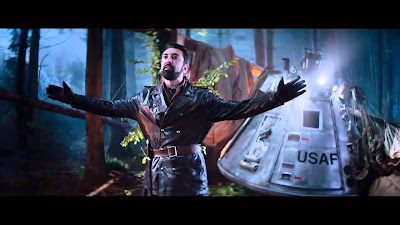 "someone order a bad guy?"

Fortunately for the President, 13-year old Oskari (Onni Tommila) is passing on his own hunting mission – trying to prove his maturity to his kinsfolk by bagging a worthy trophy. But after meeting Jackson he decides to try and save the life of the most powerful man on the planet instead and a nail-biting game of hide n seek n kill ensues.

The scenario of tooled up terrorists fighting the unlikely duo of heroes is a lot of fun and Big Game delivers plenty of quality action scenes. Director Jalmari ‘Rare Exports’ Helander is obviously a fan of cheesy big budget action flicks, jamming in references and nods to previous classics. 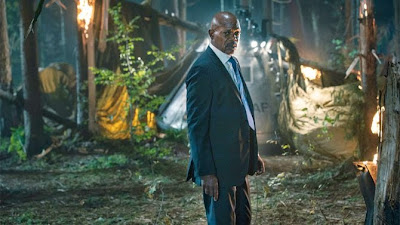 "I come in peace"

Jackson is good as the President, playing him as less of an action guy than in some of the recent President under attack films such as White House Down. This allows young Tommila to shine and steal the movie in what should be a career kick-starting role. The evil boss Hazar (Mehmet Kurtulus), is suitably nasty and without wanting to spoil anything – it may just be that there is a double agent somewhere too.

The juxtaposition of high tech weaponry sporting bad guys vs bow and arrow carrying hunter makes for great cat and mouse peril situations. There are echoes of Predator, Commando and Rambo scattered in this movie which will please ‘80s action film fans. There is also a wry sense of humour at work that really helps lift what could have been an entirely disposable enterprise to be film worth checking out. 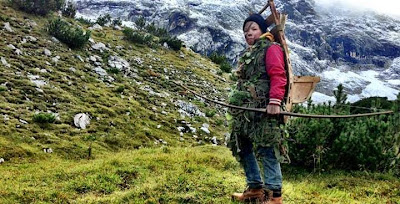 The only down time is in-between the set-pieces, where it feels a bit of lag – the bods in the Pentagon control room who include Jim Broadbent humming and haaring over the action from afar via satellite footage just isn’t as fun to watch.


Big Game is the perfect introduction to the action movie for younger teens as it keeps the violence moderate and the swears minimal – but packs enough punch to make it watchable for all ages.

Awesomeness ööö – great set pieces and judicious use of budget

Horror öö – not too violent but there is a body count 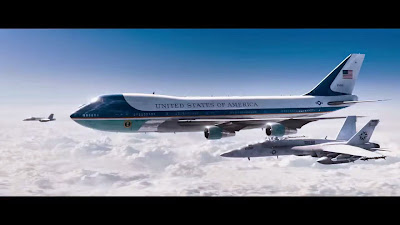 "Dark Matters" has been included in our Sites To See #440. Be assured that we hope this helps to point many new visitors in your direction.